Ten years ago today, the Game Boy Advance entry in Nintendo’s iconic The Legend of Zelda series came out in North America. The Minish Cap, which Capcom actually developed, featured the overhead gameplay of traditional franchise installments like the original Nintendo Entertainment System classic and the Super Nintendo’s A Link to the Past. However, it also managed to stand out as a worthy addition to one of gaming’s biggest franchises.

So, if you’ve somehow missed The Minish Cap when it first came out in 2005, now’s a great time to amend that mistake. Why?

You don’t need a Game Boy Advance to play it

OK, a lot of you probably lost your Game Boy Advances some time ago. I know mine’s probably in the bottom of some cardboard box somewhere. Thankfully, you don’t need to go to eBay if you want to play The Minish Cap. Nintendo released it on the Wii U’s Virtual Console store last year. That means you can download the game onto your system for $8. You can then either play it on your TV or on the Wii U’s Game Pad.

The Minish Cap is also available on the 3DS, but only for those in the Ambassador Program, which includes anyone who bought the portable before Aug. 12, 2011. It was one of the free Game Boy Advance games you could download. So if you’ve been a part of the program for years and have that digital copy collecting dust (or, you know, whatever digital things collect), now’s a great time to finally fire it up. 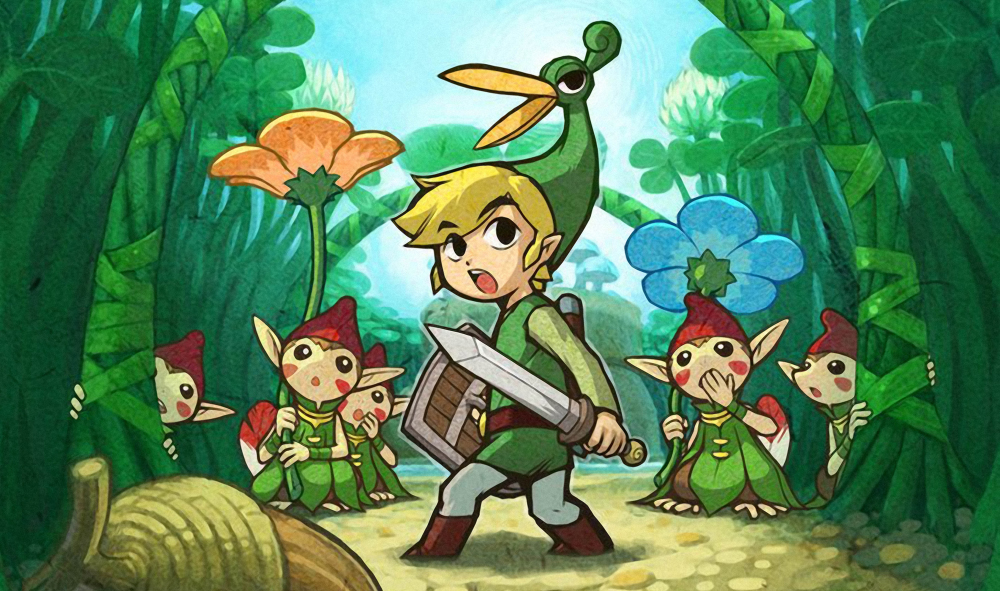 Above: You know it’s about to get real when your shrink to the size of a flower and your hat starts talking to you.

Sure, The Minish Cap might take a lot of gameplay cues from A Link to the Past, but it’s actually one of the interesting games in the series. Part of that is because of its art style. While it uses 2D sprites like A Link to the Past, the look better resembles the cartoony world of the GameCube’s cel-shaded Wind Waker.

Other portable Zelda games would try to emulate Wind Waker’s look, specifically Phantom Hourglass and Spirit Tracks on the DS, but they simply used similar 3D models (although less attractive ones, thanks to the DS’s weaker hardware when compared to the GameCube). The Minish Cap, meanwhile, has actually aged better. It’s more colorful and bright than any other non-3D Zelda game.

The Minish Cap also gave Link the ability to shrink to a miniscule size. Not only did this power allow players to enter new areas, but it was cleverly used in some creative puzzles. Almost every Zelda game has its gimmick (Ocarina of Time has time travel, A Link Between Worlds lets you walk on walls by turning into a painting, and so on), but The Minish Cap’s shrinking ability stands out as one of the more clever ones.

Also, while it isn’t the only Zelda game in which Ganon (or his human form, Ganondorf) isn’t the villain, it is one of the few ones to actually offer a decent substitute. Vaati is a wind mage with a backstory that’s a bit more interesting than the usual “manifestation of evil” guys the series sometimes gives us.

The Minish Cap also has one of the best dungeon items in Zelda history: Roc’s Cape. Like Roc’s Feather from previous portables, this enables Link to jump. However, Roc’s Cape also lets him glide for a bit. Or as I prefer to call it, temporary flying. 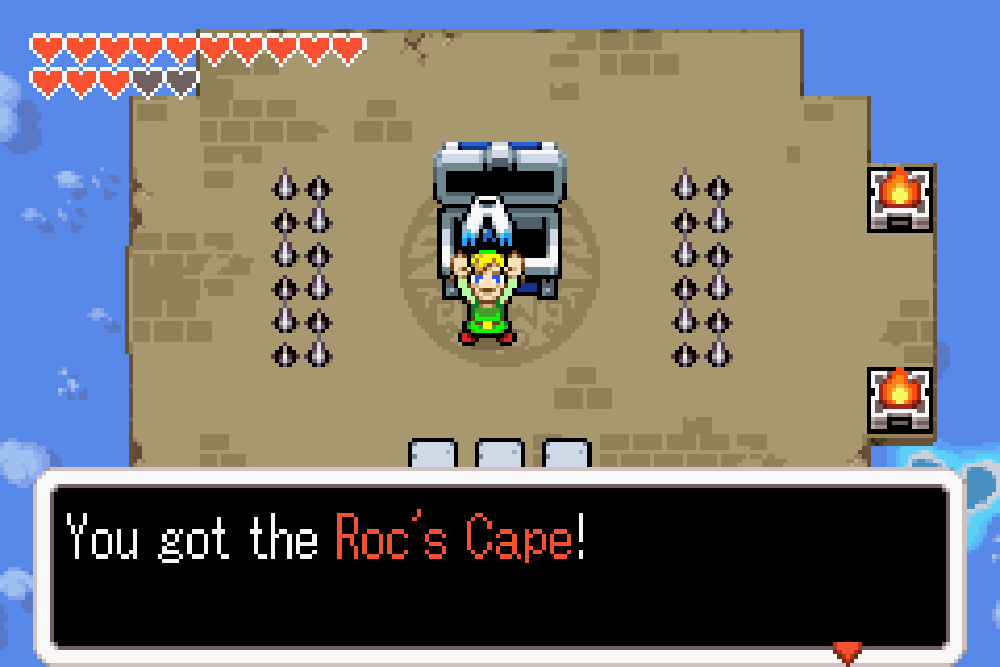 It’s actually a prequel to almost every other Zelda game

The Minish Cap is actually the second oldest game in the series’ official timeline, only beaten by Skyward Sword on the Wii. That means that its events take place before Ocarina of Time, Wind Waker, and even the original The Legend of Zelda. It also marks the first chronological appearances of Vaati and the Four Sword, which appear later in the timeline in Four Swords for the Game Boy Advance and Four Swords Adventure for the GameCube.

And since it takes place before the timeline splits into three branches (yeah, the whole thing gets kind of confusing), The Minish Cap is one of the few Zelda games that actually belongs in the same history of every entry (minus Skyward Sword, of course). And Vaati has only shown up in one of the three timeline splits, so it’s possible we’ll still see him in those other branches some day.

Convinced yet? If not, above all else, remember that The Minish Cap is a Zelda game. That means you can expect creative dungeons, awesome music, and all the other Zelda standards that fans have loved for decades. Still, it does The Minish Cap a disservice to call it just another Zelda game. So, let’s celebrate its birthday by making sure it doesn’t become a forgotten part of the series’ history.