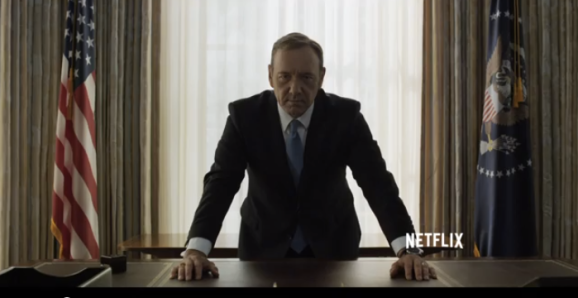 Just after winning a Golden Globe for best Actor, House of Cards released its trailer for the anticipated third season. The absolutely addicting political thriller will star the award-winning Kevin Spacey.

Last year, Netflix proved that online streaming companies could make best-in-class TV series when it took a risk on the all-star cast. As the House of Cards awards keep rolling in, it has since paved the way for other streaming competitors.

Amazon was also a big winner tonight at the Golden Globes for its drama, “Transparent”. So, it’s become clear that the big movie and TV studios no longer have a monopoly on top-tier entertainment; even if the third season of House of Cards isn’t a home run, the floodgates are open for newcomers in the multibillion-dollar industry.