VB: What are some priorities? There are things like the ARM-based server chips in the works. There are video game chips. There’s the traditional road map as well. Where would you say the resources are going?

That will evolve. It’ll evolve from a desktop with a big chunky graphics card, going into our APUs, and then into something else.

VB: I’ve heard people say that maybe you should get to 120 frames per second on virtual reality before you can do away with the lag and the seasickness.

Byrne: It’s got to be a minimum of 100. The last thing anyone wants is to put on that headset for the first time and feel sick. You’re not going to rush back to it. It’s smart to do things properly. I see us going after the immersive world. What I’m putting a lot of my resources into … there’s better x86 and better graphics, but the sweet spot of the market is attacking that core i5. That’s the biggest part of the PC market.

We’ve done very well. The A10 did very well. We’ve captured share against i5. But we’re still nowhere near enough. I spend a lot of time on software — getting the relevant ISVs, getting the experiences. You’ll see touch and gesture enabled. You’ll see content manager enabled.

Another thing you’ll see me spend a lot of time on in our graphics business. We have great graphics hardware. I talked about Hawaii. But one thing we should have improved on is the experience of using an AMD product. Our drivers were good, but they weren’t good enough. I applaud the software team for the recent Catalyst Omega driver, which has earned multiple millions of downloads already because the hardware is just part of the story.

Where I want to then go is … if there’s 300 million processors and 90 million graphics chips sold per year, I want our technologies to be talking to each other. If my APU and discrete GPU can talk to one another, that gives me a true advantage that our competitors can’t do. We call that A plus A. That’s where we’re spending a lot of our resources and talent. 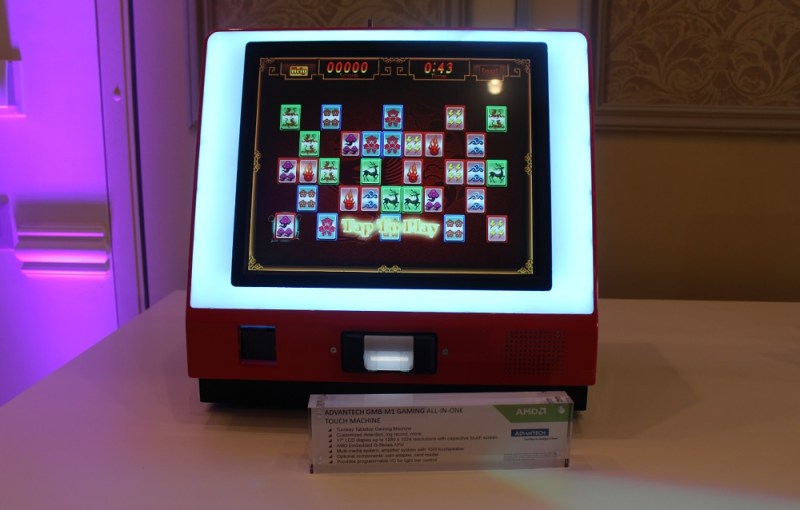 VB: VR sounds like it drives the traditional part of the business first.

Byrne: That’s the way I look at it. Once you try the Crescent Bay, it’ll blow your mind. I tried the Oculus 1, and it was great. You thought about it as more of a game-playing device. When I saw Crescent Bay, though … my family lives in the U.K. When you see an environment where I could literally be seeing my parents, and we’d appear to be sitting down having a conversation in the same room. If I think how that could evolve into automotive or medical super fast, the VR we’re seeing today is just the beginning.

The very first iPod was 15 years ago now, which is frightening to think. Think about how far that technology has come along in 15 years. The VR, and ultimately the immersive reality, will take time, but it’s a place where we can play. We want to be leading in gaming. VR’s going to have significant impact on gaming. … Photorealistic VR is a one-million-times speed up from what the current GPU can do. … When you talk about how we drive high-performance graphics, that’s the goal, photorealistic VR. It requires a lot of horsepower and a lot of work on the software side, but it’ll happen.

VB: You had 700 layoffs or so. Did you cut any particular pieces of the larger effort in order to do that?

I thought about our customers, getting close to our customers and bringing products to market that customers really want. That’s what matters. When they win, we win. It’s critical to listen to the voice of the customer. But you have to be simple to do business with. You have to be fast, agile, nimble. People are held very accountable.

Looking at my business, client and graphics, I let go a third of the VPs involved in the business, a quarter of the directors. I took a whole chunk out of middle management, which is unusual. Normal that appears to be a protected species, but here it wasn’t. I wanted us to be faster. I no longer have two different product teams. I have one. People know where to go. When you’re the underdog, you have to have that underdog mentality. That’s why I did it.

We protected the road map. Nothing came off the road map, which is important. We protected R&D. I wanted us spending more, especially on software. Our hardware has always been good. I want to continue to work on our software optimization. There’s still hiring going on in key technical areas and other parts of the business.

The CTO’s office has been driving a significant re-engineering of that function. We’ve been moving away, each year, from doing discrete, monolithic CPU designs to a more modular approach. It simplifies the design process and allows him to get more done with fewer resources. That’s one way we’re able to protect the road map and invest in the future with lower resources.

If you look at some of the things that have to happen, Carrizo has to be a great product. We’re feeling very excited about the performance that we’re seeing in Carrizo. It’s behind closed doors here right now. The battery life is looking great. The performance is looking solid. We’re pleased with the designs we have already with the top customers in the marketplace. The ability to have Carrizo as one [system on a chip], one infrastructure, scaling up and down the platforms for our customers is critical. You see all the big guys here. You know how much it costs to get a platform design developed. And we’ll be bringing a king-of-the-hill graphics product to market. We’re excited about it. 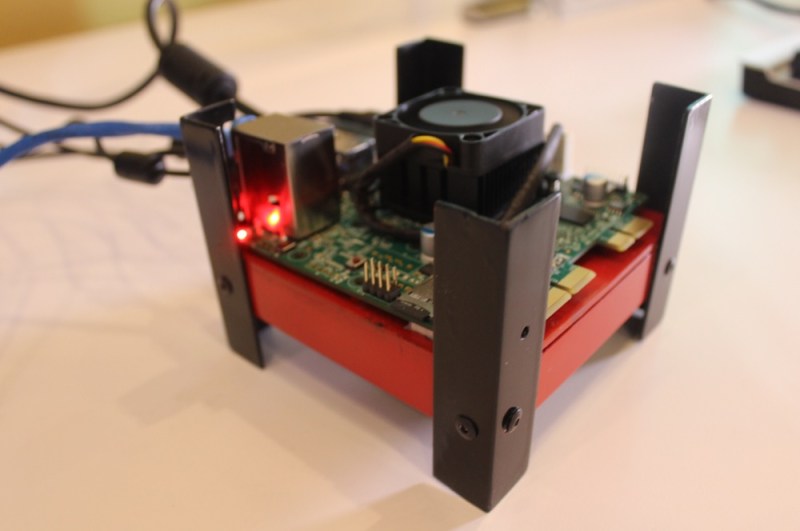 Above: Tiny computer powered by AMD.

VB: How is it working under (AMD CEO) Lisa Su compared to (former CEO) Rory Read?

Byrne: Lisa and I have worked together as peers for three years. She became my boss for three or four months as COO. Lisa and I have a great relationship. If I was to articulate the difference between then and now, Rory is an operational wizard. Being the COO of the world’s largest PC manufacturer at Lenovo and getting an operation moving super fast and then changing directions super fast — Rory was brilliant.

The level of discipline that Rory brought to the company … by discipline, I don’t just mean the balance sheet and profitability, although those are big things. But even assuring that we brought the products to market. Because he came from a customer. AMD had these great products, and then they’d have a slip. A great product, then a slip. It impacts your ability to get share. Rory brought in that level of execution.

With Lisa, Lisa obviously has operational discipline, but being a technologist and an engineer, she has a true passion for the technology and the products we’re bringing to the marketplace. That’s a subtle difference. Rory got us in a great fitting. Stage one of the reset, acceleration, getting us into the beginning of transformations. Transformations are never linear. I wish they were, but they’re not. Lisa is the right leader at the helm for AMD.