Dell showed off a gorgeous Dell Venue 8 7000 Series tablet at the 2015 International CES, the big tech trade show in Las Vegas last week. It has some cool features that could make it one of the best Android tablets, and it only costs $400.

Dell won a number of awards for the tablet at CES, and with good reason. The device is just 6 millimeters thick, which Intel vice president Hermann Eul said made it the thinnest tablet in the world. It also has a 2560 x 1600 organic light-emitting diode (OLED) display that is 8.4 inches edge-to-edge. And it is one of the first products to come with Intel’s RealSense depth cameras.

The camera can recognize your gestures, measure the length of items in front of it, and focus your images better. You could, for instance, look at a photo of a person in front of the Golden Gate Bridge. If the person is in focus and the bridge isn’t, you can change it, so that the bridge is in focus and the person isn’t. And you can add effects to the images using your fingers. 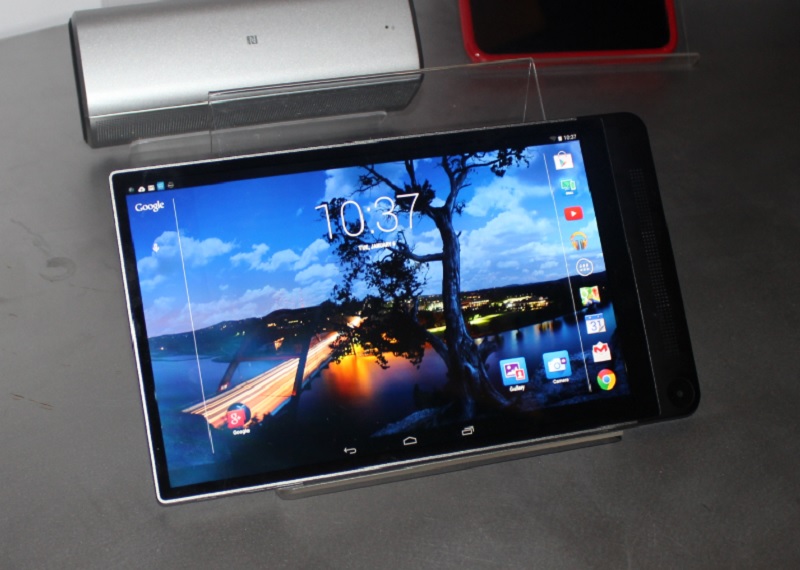 The Dell Venue 8 also has a clever new Dell Gallery feature for viewing photos. It does a lot more than the filing system of the basic Android gallery. The Dell Gallery lets you find photos using face recognition. It automatically creates albums of your friends using Facebook tags. And it brings the photos of people in your life together into one timeline. So it becomes much easier to view photos, organized by where you took them, when you took them, or who is in them.

The tablets can make use of a previously announced screen-mirroring technology, dubbed Dell Cast. That allows you to take the contents on the tablet screen and display them on a much bigger monitor or television. With wireless docking technology, you can now organize titles, use multiple browsers, and create and edit documents using a monitor, keyboard, and mouse. The tablet supplies the computing power. It gives you a big-screen, 1080p high-definition experience, using an HDMI adaptor and a software application. Compared to earlier technologies, it also has low latency, for less hesitation and better response times.

Dell showed off the Venue 8 7000 Series for the first time in September at the Intel Developer Forum, but it is now shipping the device. You can order it on Dell.com or buy it at select Best Buy stores. 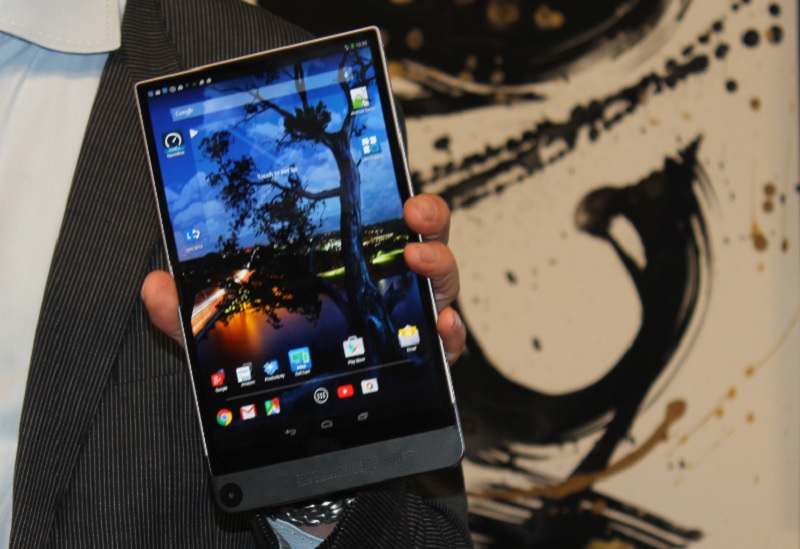