Larian Studios developers didn’t start out expecting to use fan input for their fantasy role-playing game Divinity: Original Sin, which recently completed its journey from Kickstarter to retail.

After all, Divinity wasn’t designed as a massively multiplayer RPG, where developers could make lots of iterations down the road. They were making a traditional, write-once-and-release RPG.

But then the player suggestions poured in during the Kickstarter campaign, beta testing, early access, and digital release. 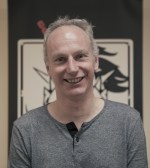 “We realized quickly that if we’d listen to these suggestions, we’d have a much better game, so the decision was easy to take,” Larian founder Swen Vincke said.

In the end, Larian incorporated more than 130 player suggestions Original Sin, contributing to its strong review scores and earning it a place on store shelves in December.

“Every day, we compiled all the feedback across communities and sat together deciding what we were going to do and what not,” Vincke said. The task list ended up holding 872 changes players wanted to see.

The result was a PC and Mac game that GamesBeat Managing Editor Jason Wilson called “the best role-playing experience of the year” for 2014. 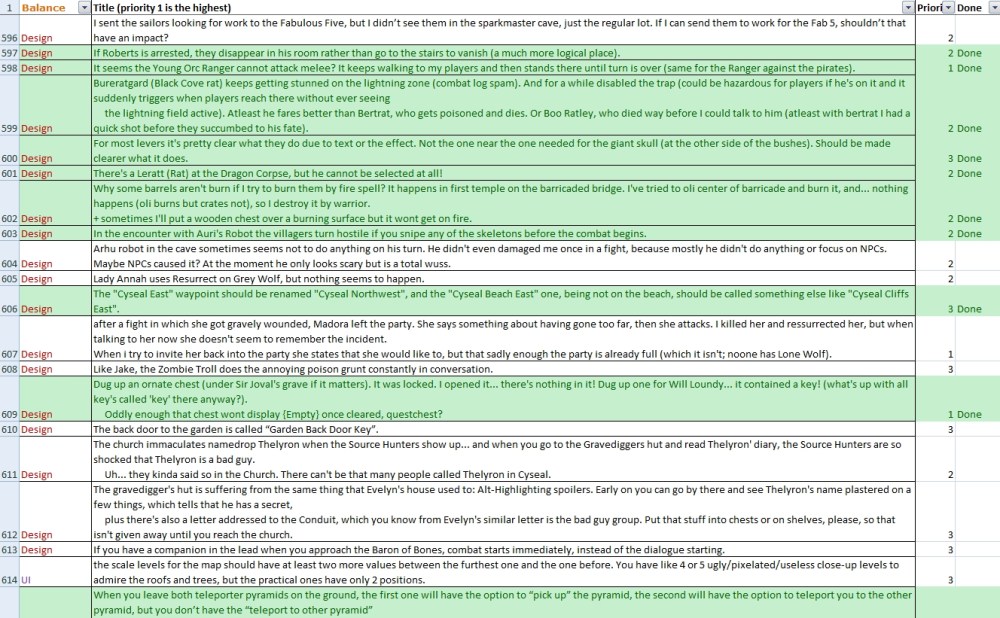 Above: A sample from the spreadsheet holding player suggestions for Divinity: Original Sin. Items in green ended up in the game.

The list of what players wanted to see in the game is a fascinating read. Even this 872-item list is edited; these were the suggestions developers thought might have some merit as they culled through forum posts and other feedback sites.

Many players noted bug fixes, graphic suggestions, and other small tweaks. Some suggested complete overhauls of systems, including magical talents. Others focused on the lore, NPC dialogue, and story-related issues.

“We changed the character development system several times, we modified how quests flowed, we changed the composition of combat encounters, we added and removed skills, talents, and abilities,” Vincke said. “We added several dungeons, added lore where things were unclear, and kept on adding features that were being suggested like previewing spells, listening in on other players during cooperative play and so forth.

“The number of quality-of-life improvements done under player pressure was uncountable: inventory sorting, context-sensitive item menus, dialog logs, skill previews, etc. All made the game more accessible. But the gameplay also improved a lot — things like having the A.I. react to players and environment, or use potions and special arrows, all added to the flavor of the world.” 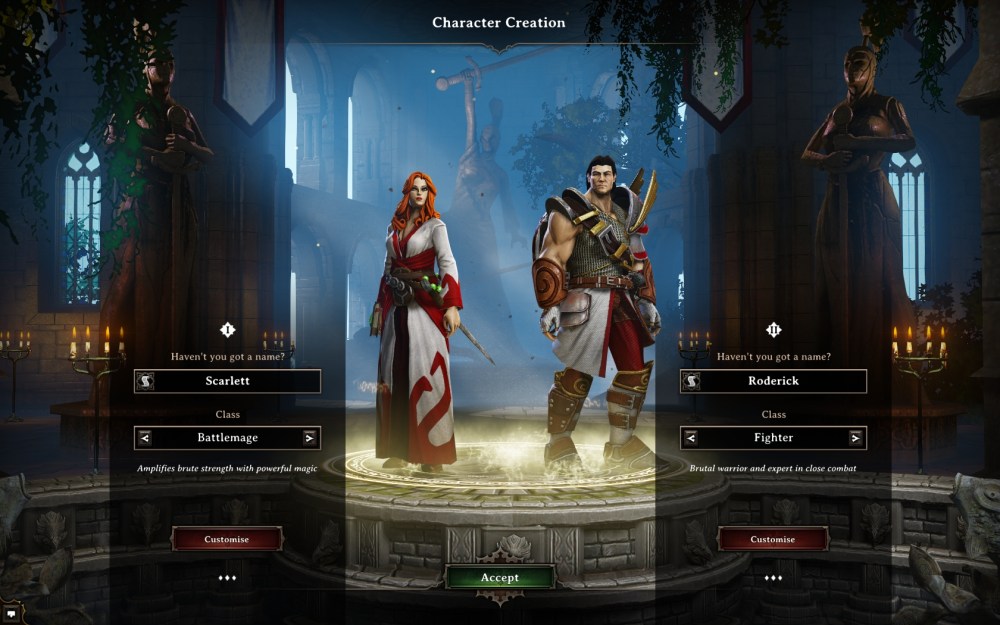 Above: The character creation screen in the finished game.

The list of player suggestions covers the range from tiny to huge, and it still contains the original voices of the gamers who chipped in their ideas.

One player commented that they couldn’t cross a shallow stream in one part of the game, even though a path was there that looked no different from any other they could successfully take. Fixed.

NPCs say “welcome back” even if you never left, another notes. Adjusted.

“Not a huge issue, but weird,” another player writes. “1. Killed a guard, 2. Revived him with a scroll of resurrection, 3. Gave him 5,000 gold as an apology, 4. Killed him again but the gold didn’t drop. What happened to the gold?” Resolved.

Some suggested new roles that were implemented for NPCs. (We won’t tell you those details to avoid spoiling their spot in the plot.) Some suggested better placements for objects and NPCs.

One suggested an extensive change to the way magical talents worked, allowing players to put points in all schools of magic if they liked. But those “jack of all trades” mages would use more action points, the resource system the game uses instead of mana, to cast high level spells in each tier than those players who specialized. The solution was later implemented.

The collected ideas resemble a developer’s punch list for a game, but every last item was contributed by players.

“I think the most significant changes were the different iterations we did of the character development system, by which I mean everything related to skills, abilities, talents, primary and secondary stats,” Vincke said.

“We did at least three major revamps between the start of early access and actual release based on the combined feedback we received from players. This went quite far, as we even included entire and unplanned new skill categories, like witchcraft or way of the rogue, based on player requests.” 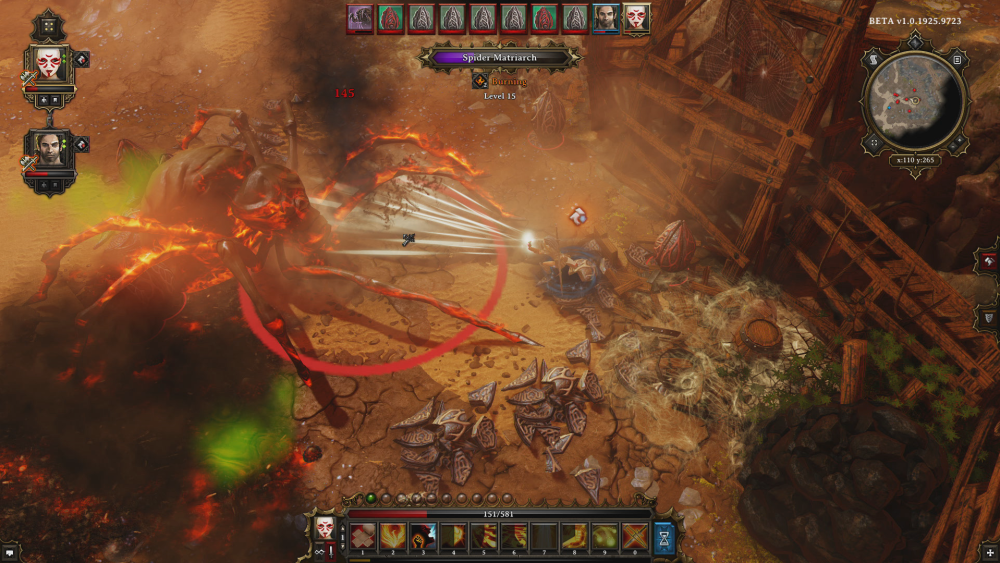 Above: How character abilities worked as they leveled up was one of the things that changed due to player feedback.

Larian doesn’t just listen to what players say; it also watches what they do.

“We revisited every single encounter and looked at what the dominant player strategies were for glitching the encounters, and [we] added tactical options for the creatures to deal with these strategies,” Vincke said. “We also aimed to ensure that each encounter was so different that no dominant strategy is possible.”

That process hasn’t ended, even though Divinity: Original Sin is now in boxes on store shelves, he said. The spreadsheet contains hundreds of suggestions from players post-release.

“Even now we’re still working on adding new features they asked for, like the hardcore mode, better crafting, and easier inventory,” Vincke said.