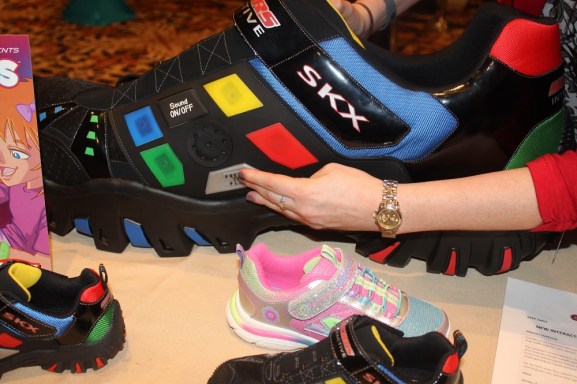 Shoe manufacturer Skechers has launched an electronic shoe with an interactive game on the side. Skechers Game Kicks has a game that resembles Simon on the side.

It shows that innovation comes in many shapes and sizes … er, shoe sizes. I saw the shoes at the 2015 International CES, the big tech trade show in Las Vegas last week. And it was probably the last place I expected to see a game.

It’s a memory game that lights up colored buttons on the shoe. You have to remember the pattern that flashes before you and press the buttons in the right order. It goes for eight rounds. If you get them all right, you’re rewarded with a light show on the sneakers. There are more than 68,000 possible combinations in the game. The game makes little beeping sounds too.