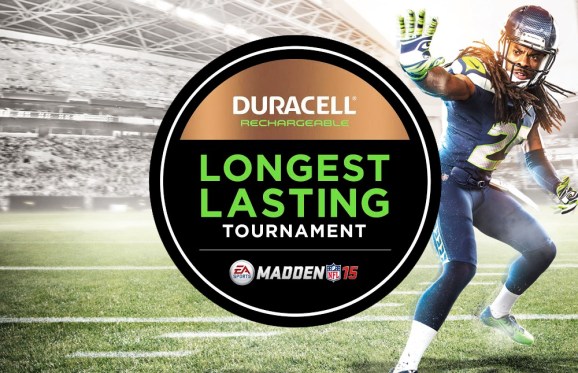 Where's that damn bunny? Wait, I've got the wrong company.

Well, this is an interesting way to go to the Super Bowl.

Game-livestreaming site Twitch is teaming up with the battery company Duracell for a unique Madden NFL 15 competition. Competitors face off against NFL and gaming professionals during a 26-hour tournament. The player with the longest win streak at the end earns two tickets to Super Bowl XLIX in Glendale, Ariz, on Feb. 1.

The NFL pros that players face includes San Francisco 49ers linebacker Patrick Willis, Houston Texans running back Arian Foster, and Oakland Raiders running back Maurice Jones-Drew. Nine professional gamers are joining them. To give you an idea of how much a Super Bowl ticket is worth, the average price was $3,715 last year.

Twitch is becoming a huge company. Amazon bought the streaming site for $970 million last August. Putting on a contest of this magnitude is more proof of Twitch’s growth.

If you want to give it a shot, you can sign up for the tournament here.