Firefox 35 for the desktop is available for download now on Firefox.com, and all existing users should be able to upgrade to it automatically. As always, the Android version is trickling out slowly on Google Play.

In Firefox 33 beta, Mozilla introduced an experimental WebRTC feature that let users of the browser make free voice and video calls without needing to download additional software or plugins, or create an account. The feature was further improved and launched as part of Firefox 34 (it’s now powered by the OpenTok real-time communications platform from TokBox, owned by Spanish carrier Telefonica).

With Firefox 35, Mozilla has simplified the call process by eliminating some steps. Now, when you start a conversation (click the “Start a conversation” button), a window opens showing a self-view until the person you have invited clicks on the link and joins you. When they do (you can browse the web in the meantime), you’ll be notified with an audio alert and the Hello icon will turn blue. 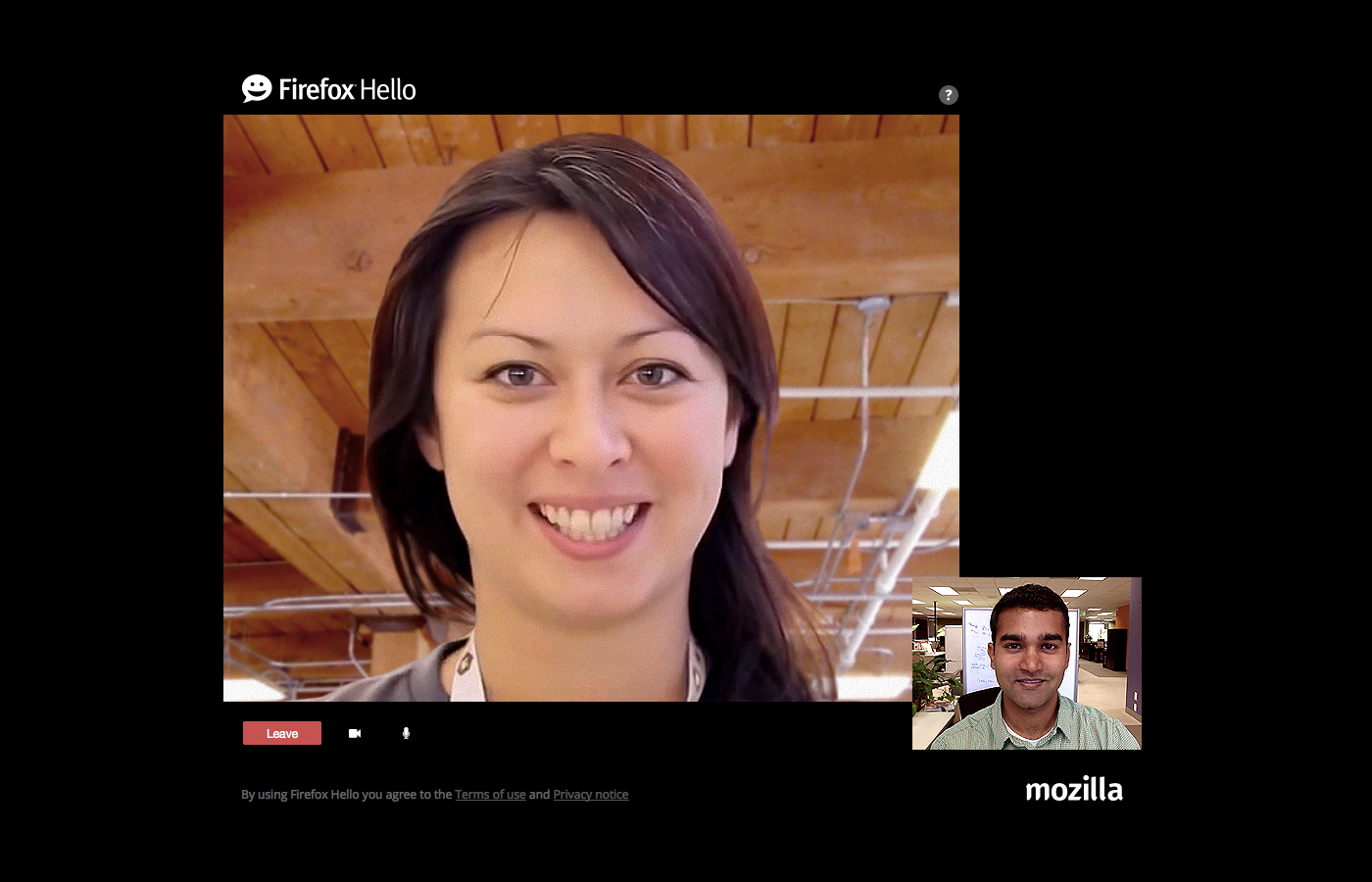 Each conversation window has its own unique URL — you can create multiple conversations and name them for different topics, which should make it easier to go back to the people you speak to regularly (no need to create a new link each time). The best part is that this feature also doesn’t require setting up an account.

That said, direct calling isn’t going away. If both parties have Firefox accounts, you can still call each other directly. Mozilla is also planning to add features like screen sharing and online collaboration during video calls.

Mozilla calls Firefox Hello “the first global communications system built directly into a browser.” Not only does Mozilla ensure users don’t need to hand over personal information to use its free communication service, but you don’t even need the same software or hardware as the person you want to call, since WebRTC is compatible with Chrome and Opera browsers as well.

These improvements are certainly notable, though it’s still too early to say how well Firefox Hello is doing. Many Firefox users are likely to try it, but they may not choose to continue using it over Microsoft’s Skype or Google’s Hangouts. 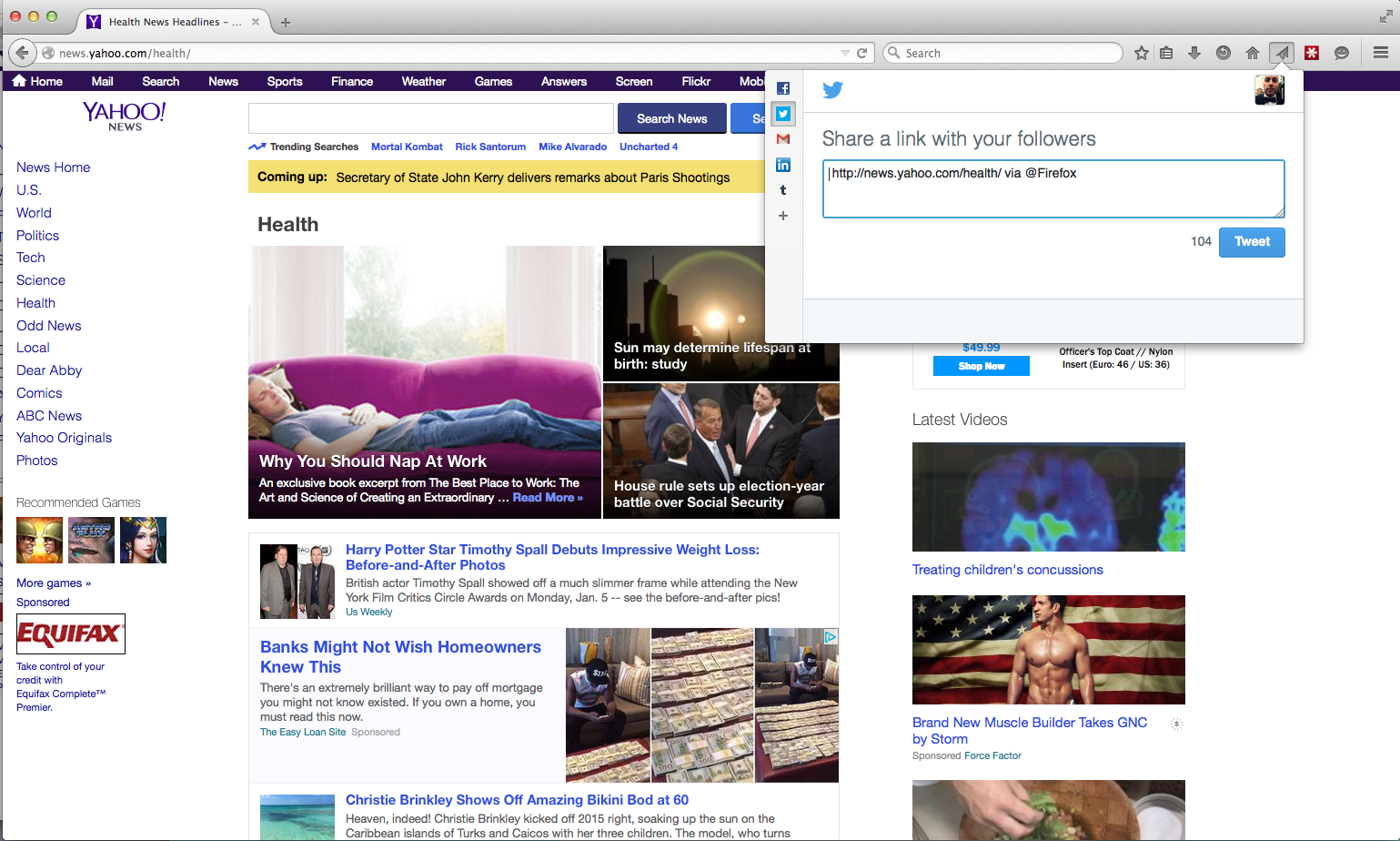 Mozilla has added some Firefox Share features as well: The major social networks (including Facebook, Twitter, Tumblr, and Google+) are now available on a single site so it is “even easier to share web content without having to leave the website you’re visiting.” You’ll have to add this functionality to Firefox though (visit the Share Activation Page and click on the Activate Now link beside the social network).

Finally, all of the above is now available in the Firefox toolbar and in Customize Mode. Firefox Hello, social integration, and Firefox Marketplace Beta are all just a click away.

Calling and sharing aside, Firefox 35 also brings with it built-in support for H.264 (MP4 files) on OS X. The feature is available through native APIs on Snow Leopard (10.6) and higher.

If you’re a Web developer, you may want to get more details at the Firefox 35 for developers page.

While Firefox 35 is a bigger release on the desktop, the Android app is still getting some notable improvements. The biggest one is probably that the browser now integrates with Android’s download manager.

This is the first Firefox release for 2015. Since new versions are released approximately every six weeks, Firefox 36 will be out in the second half of February.