Kabam has acquired two mobile game studios in Los Angeles as it continues to pursue top talent that will make its mobile games stand out from the pack.

San Francisco-based Kabam has acquired TapZen in Culver City, Calif., and Magic Pixel Games in Los Angeles for undisclosed amounts. It will appoint the founder of TapZen, game veteran Mike Verdu, who will run the Los Angeles studio that will combine the two companies. Kabam is adding 40 people through the acquisitions, including Verdu, a veteran of the Command & Conquer franchise at Electronic Arts, and Michael Seegers, the head of Magic Pixel Games and another former EA game creator. 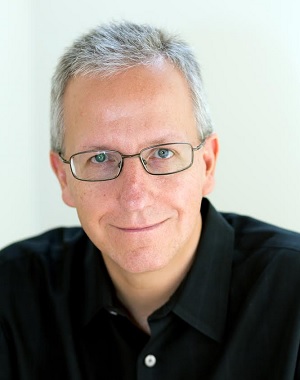 Above: Mike Verdu has joined Kabam.

Kent Wakeford, the chief operating officer of Kabam, told GamesBeat that the company will have a presence for the first time in the entertainment capital, a move that will help Kabam solidify its relationships with Hollywood studios. Through alliances with Lionsgate and Warner Bros., Kabam has been able to create games based on The Hunger Games, The Hobbit, The Lord of the Rings, and the The Fast and the Furious films.

“On the one hand, we are striving for leadership,” Wakeford said. “Mike Verdu is one of the industry’s greats. He has had success in console games, social, and now mobile. Those are rare people who have made that successful transition.”

In addition, Wakeford said, “We have had success in working with Hollywood studios, translating their iconic intellectual properties to mobile. So for us, building an office with senior leadership on the ground in the heart of the entertainment capital is important.”

Before founding TapZen in 2012, Verdu was chief creative officer and co-president of games at Zynga, where he helped launch games like FrontierVille, CastleVille, and Empires & Allies. He also ran a Los Angeles studio for EA where he oversaw franchises such as Command & Conquer, Medal of Honor, and Lord of the Rings: The Battle for Middle-earth. Those kinds of strategy games are part of the heritage of Kabam, which has focused on the mobile strategy game genre with great success.

“Joining Kabam was an opportunity we could not pass up,” said Verdu in a statement. “I’ve been impressed at how Kabam has quickly become a leader in the free-to-play games space, and I look forward to helping the team drive the evolution of mobile games into the next generation.”

Verdu will run a studio that will combine both TapZen and Magic Pixel Games in a single office in Culver City, Calif.

“Kabam has a proven track record of bringing awesome strategy games to global audiences,” said Michael Seegers, the co-founder of Magic Pixel. “We are thrilled to become a part of their team and bring our talents to an even bigger stage.”

Earlier acquisitions include Phoenix Age (2014), Exploding Barrel Games (2013), Gravity Bear, Fearless Studios, Wild Shadow and Balanced World Studio (2012), and WonderHill (2010). Wakeford said that Kabam would support This Means War, and it will also work with the new studio in creating a new slate of titles.

Altogether, Kabam has more than 850 employees.