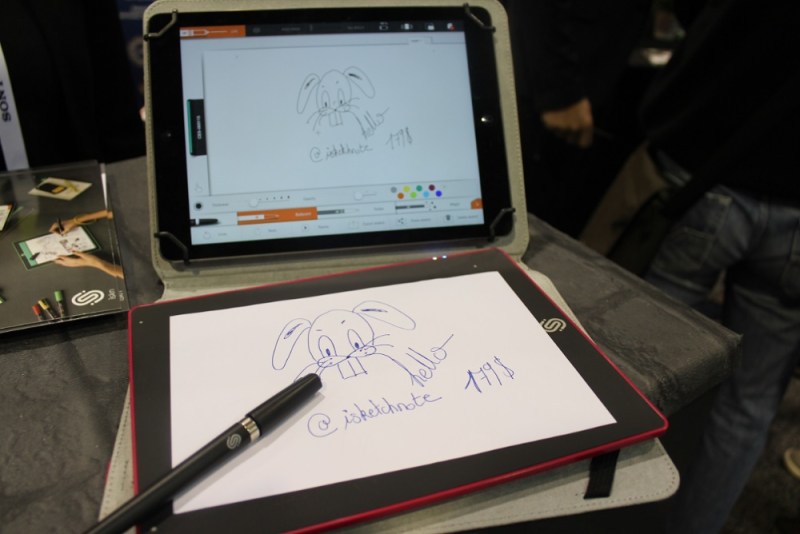 Above: iSketchnote transfers paper images to an iPad.

The iSketchnote from France-based Iskn is a platform consisting of a smart pen, writing pad, and iOS app that allows you to take your paper creations and transfer them to digital form immediately. As you draw on a piece of paper on the writing pad, the same image appears on the iPad’s screen. Once you’re done, you can add touch-ups or change colors by using the iPad’s touchscreen. Those changes don’t show up on your paper version. The slate has a coating that makes it scratch-resistant and holds the paper in place. The special pen is light and requires no batteries. You can preorder it now for $180. 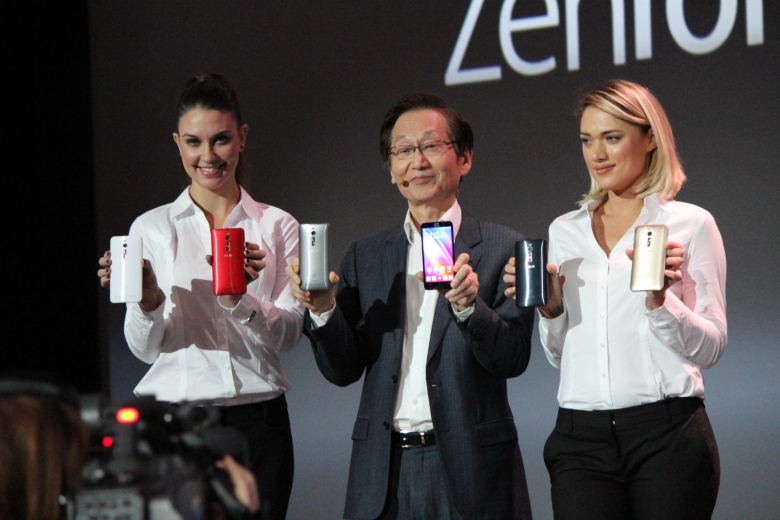 The new flagship smartphone from Asus runs on a 2.3GHz Intel Atom processor and has an advanced 13-megapixel PixelMaster camera and plenty of memory. It’s got a 5.5-inch full HD IPS+ screen and an Intel LTE-Advanced modem. All of that means it’s loaded with the latest gear you need to get good reception and take good pictures. It has a 3000mAh battery to get you through the day, and it has a fast-charge technology to reduce recharge times. It starts at $199 for a 2GB model with 16GB of internal storage. And it’s only 3.9 millimeters thick and weighs 170 grams. 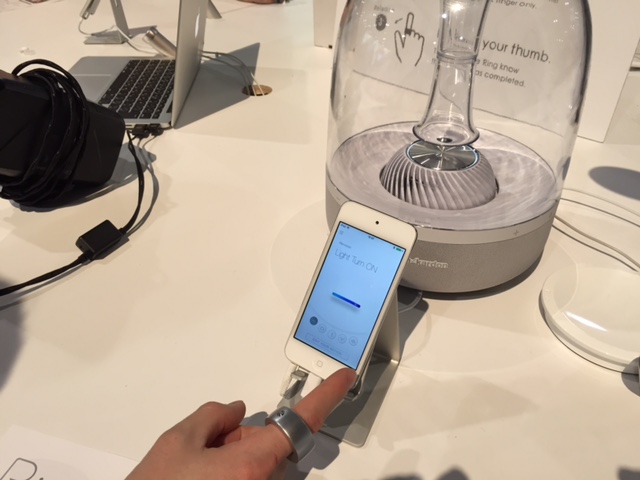 The Logbar Ring might have been the smallest gadget at CES, outside of chips. It fits around your index finger and allows you to control devices around you with finger gestures. You can use an app to program the ring to recognize a specific hand gesture. So you can turn devices on or off with it and control the volume up or down on a device. The ring has a gyroscope/accelerometer to detect your gestures. It sends the data via Bluetooth low-energy to a mobile device running the app, or it can transmit the data to a Ring Hub, which routes the commands to connected devices such as a TV, speakers, lights, and locks. It also has a sensor on the front so you can select things with your thumb.

Above: The Withings Activité Pop in Azure, Shark Grey, and Sand colors.

Withings came out with a new version of its Activité health watch, the Activité Pop. It has an analog design that tells you the time. But it also has a second dial that shows you how far you’ve walked in a day, compared to your goal for the entire day. The best thing about the new Pop is that it costs $150, compared to $450 for the previous version. It comes in Azure, Shark Grey, and Sand. We like its simple design and how it makes health tracking fade into the background. If you really want to check your progress, you can. And you can get access via the web to more details. At night, it monitors your sleep quality and wakes you up with a gentle vibration. The single standard watch battery last for eight months, and it is water resistant to 30 meters. 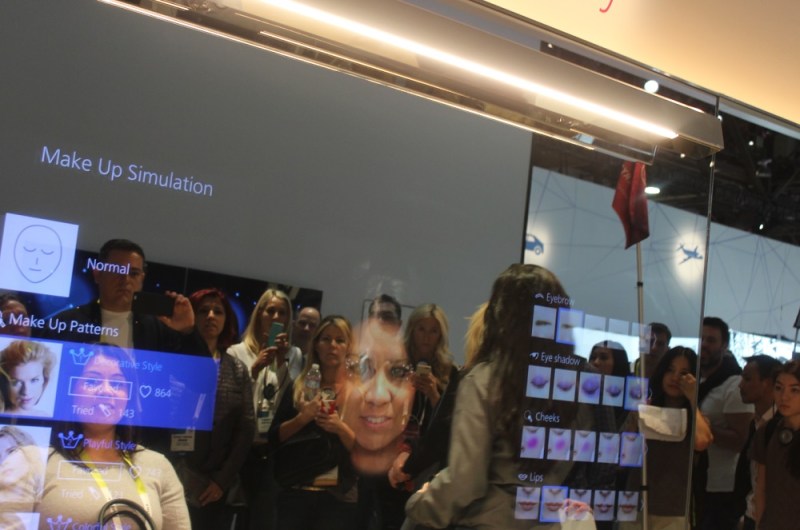 Mirror, mirror, on the wall. Now you can have a conversation with your mirror, which can make recommendations to your about what kind of eye shadow you should wear. Or it will show you what you look like with rosy cheek makeup. The Panasonic interactive mirror combines a mirror with a transparent display, allowing for visual overlays like the heads-up display in a fighter pilot’s cockpit. Panasonic didn’t have a price or availability for the mirror yet. But it was pretty magical. 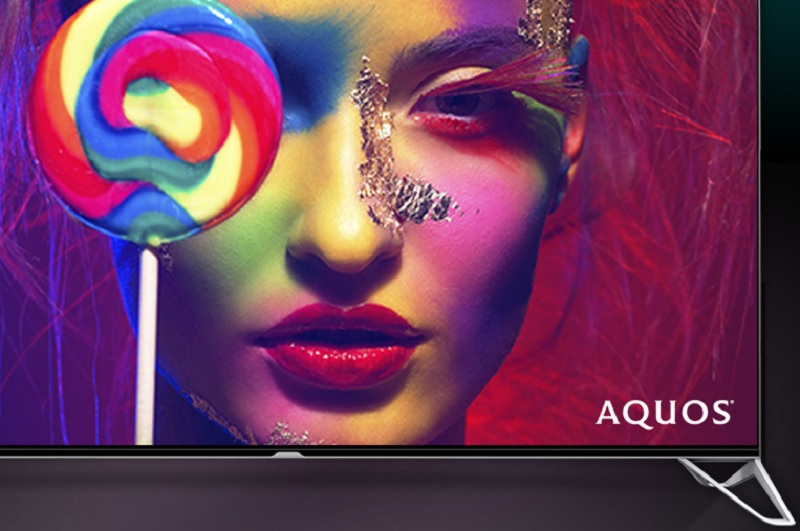 Above: Sharp’s UltraHD TV goes beyond 4K in resolution

Sharp showed off an 85-inch TV that was beyond 4K in resolution. It was able to display 7,680 pixels by 4,320 lines, or 66 million independently controlled subpixels. That’s 42 million more pixels than a standard UltraHD, or 4K, TV. That’s 167 percent greater resolution. It also had a 4000:1 contrast ratio, and it produces more color than anything Sharp has done before. When you look up close at a display like this, it will seem flawless. It’s a shame Sharp didn’t quite get to full 8K resolution. On the other hand, who cares? It looks great.

Mark Sullivan contributed to this report.