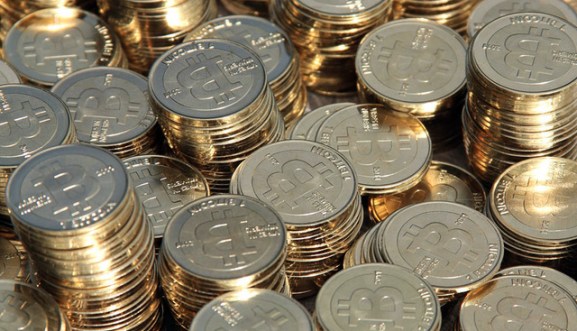 Bitcoin is falling — and falling fast.

Yesterday, the value of Bitcoin started descending quickly. Its value depreciated from its opening price of $267 to a low of $224 by 4 a.m. PT, according to Coindesk’s chart. Those who watch the market have long said that a fall below $250 could be dangerous for the Bitcoin ecosystem.

As Bitcoin continues to lose value, more and more Bitcoin owners head to the exchanges to sell their lot, which is causing the value to fall further. What’s more, as Bitcoin’s value moves south, Bitcoin miners begin to suffer. One Bitcoin exchange, CEX.IO, has already halted its cloud mining service due to the price drop.

“The miners can’t operate on a profit if the price goes below $200,” says Grace Caffyn, assistant editor at Coindesk.

Miners earn a certain amount of Bitcoin for logging blocks of Bitcoin transactions, including verifying and cataloguing them into the blockchain. It takes a lot of computer power and time to do this, so if the price of Bitcoin falls too far, miners are operating at a loss. 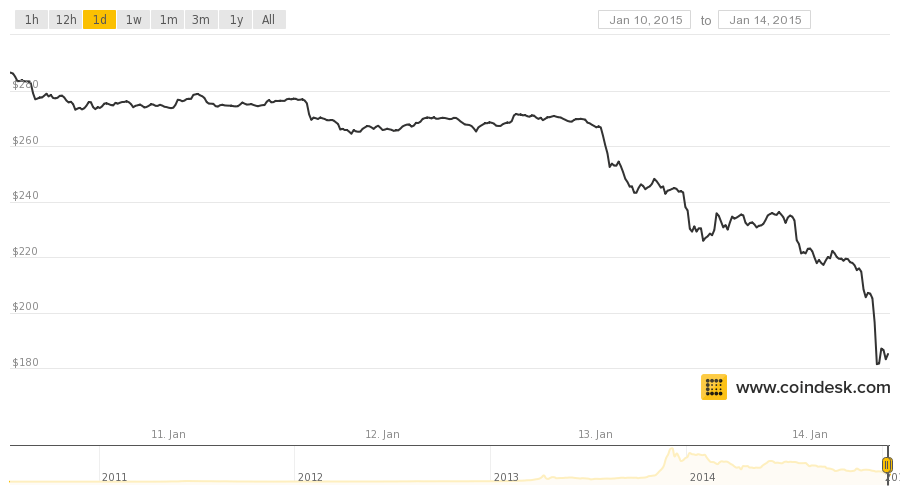 But some say this is par for the course with any currency. As Coinsetter CTO Marshall Swatt notes, oil is having a bear market.

“Bitcoin is no different than any other currency. They all have their ups and downs. This bear market will be over at some point, hopefully north of $100,” says Swatt.

He also notes that, like the last Bitcoin crash, this will have a negative impact on the enthusiasm for the currency in the minds of investors and businesses. But, in the long term, he thinks this fall won’t matter.

It’s also worth noting that in 2014 a number of new Bitcoin companies emerged out of the financial sector, bringing the currency some legitimacy. It’s unlikely that those people will bail on their businesses at the first sight of trouble. In the meantime, we’ll have to see how the miners react.