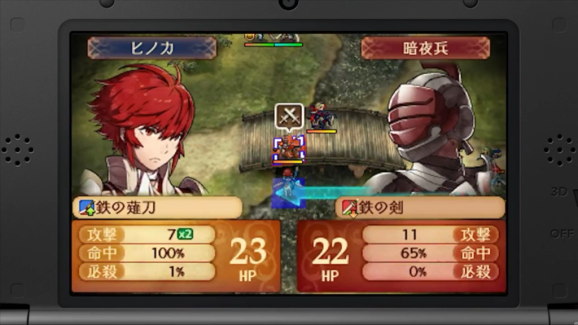 Nintendo is bringing Fire Emblem back.

The Japanese game maker announced during its latest Nintendo Direct today that the newest installment in the series (which currently doesn’t have an official name) is coming to the 3DS.

It is from the same team that created Fire Emblem Awakening for the 3DS, the turn-based strategy game that’s a critical darling. You can see the teaser trailer below, which shows a game that looks very similar to Awakening.

The Fire Emblem series has become a portable mainstay for Nintendo, although the series originally debuted exclusively in Japan on the Famicom system (known as the Nintendo Entertainment System in the U.S.). The seventh game in the series, a 2003 Game Boy Advance release simply called Fire Emblem in the U.S., was the first to hit the West. The last console Fire Emblem was 2007’s Radiant Dawn for the Wii. This new entry will be the 12 game in the franchise, not counting remakes.