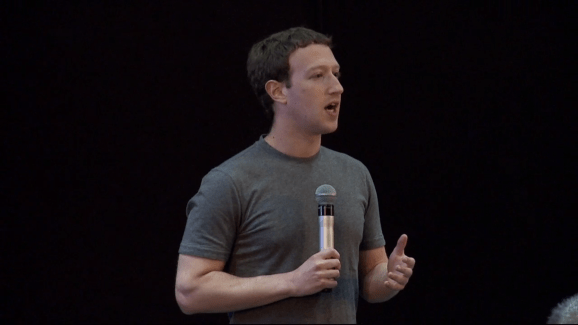 Facebook’s mobile app uses ten times less data and is ten times faster than it was just a year-and-a-half ago.

That can help people in parts of the world with limited or slow Internet access have the best possible Facebook experience, CEO Mark Zuckerberg said today.

Zuckerberg addressed the idea of what it’s like to use the Internet in different parts of the world during the live public Q&A he held today in Bogota, Colombia.

He also said that because it’s hard for engineers in Silicon Valley to understand what users of Internet-based services experience in other parts of the world, Facebook hosts a lab that mimics the Internet speeds found in other countries, which it makes available to other technology companies.

In countries like India, Internet speeds are slower than in places like Silicon Valley, while the experience could be far better in a place like Korea. Either way, Zuckerberg said, tech companies building apps need to understand what their users are experiencing.

Zuckerberg took questions during a visit to Bogota, Colombia, where he was visiting for a launch in that country of Internet.org, the nonprofit dedicated to bringing the Internet to the “two-thirds of the world not yet connected.”

As during past Q&As, Zuckerberg answered user questions that had received the most likes after being posed on Facebook’s “Q&A with Mark” page.

In June, Facebook addressed the question of its Android app performance. At the time, the company said that it had managed to reduce start time and News Feed load time on the Android app by 50 percent, and that it had found significant data savings on image compression by using the WebP format — 25 to 30 percent over JPGs and 80 percent compared to PNGs.