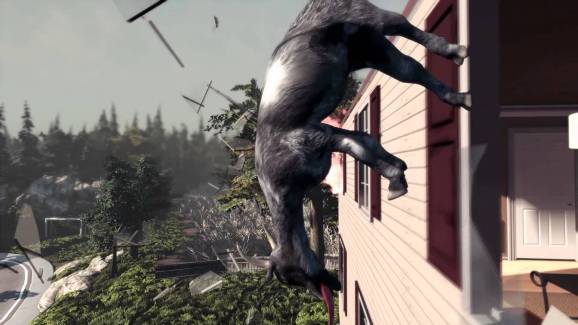 Goat Simulator, a game that is what its title suggests, has sold 2.5 million copies on all of its platforms, including 1 million on iOS. This milestone comes via its designer, Armin Ibrisagic, who posted the following on his Twitter account:

“Yeah, we can’t believe it either,” Ibrisagic told GamesBeat, speaking about his team at developer Coffee Stain Studios. “It’s so amazing, though. It’s a huge morale boost at our office to know that so many people enjoy our games. This is the coolest shit ever.”

Goat Simulator was one of the biggest surprise hits of 2014. It’s also one of the rare games to be a huge success on both PC and mobile platforms. Minecraft is the other notable example of a title performing incredibly well on both markets.

The mobile space is especially important, as it is expected to be worth $30 billion in 2015, according to market researcher Newzoo. It is currently the ninth top paid iPhone game, according to App Annie.

If you’re having any trouble with Goat Simulator, be sure to check out our guide.