It may have taken four years, but Nintendo looks to have finally fixed the biggest problem with the 3DS: the 3D.

I got my hands on the New 3DS a month ahead of its North American release. Here are my impressions.

The New Nintendo 3DS XL doesn’t look much different from the 3DS XL at first glance, save for its glossy outer finish. It would probably take holding one to notice its sleeker profile and its flattened top panel. It feels similar in the hand, too, with the size and weight lining up almost exactly with its predecessor. Your eyes will know the difference, but your hands won’t.

Most of the other cosmetic changes are pretty minor. Nintendo moved the volume slider to the right side of the top screen, the Start and Select buttons have been moved off to the right of the bottom screen, and both games and the stylus now load and unload from the bottom edge of the system. That new memory slot is now a Micro SD format slot, the result of the slight size reduction of the system.

Kudos to Nintendo for assigning colors to the face buttons — a nod to the coloring of the buttons on the Super Nintendo controller.

A closer look reveals a new rubber nub found just above the systems’ face buttons. This is Nintendo’s solution to fans’ requests for a secondary analog stick, though it doesn’t move like one. Much like the pointing stick nub on IBM or Lenovo ThinkPad notebooks, the C stick detects subtle input, and it doesn’t take much in the way of thumb movement to work. Its inclusion gives developers a solution to the problem of awkward camera control in 3DS action and first-person games. While designers can assign many functions to the C stick, the first New 3DS-specific releases are all using it for camera control. 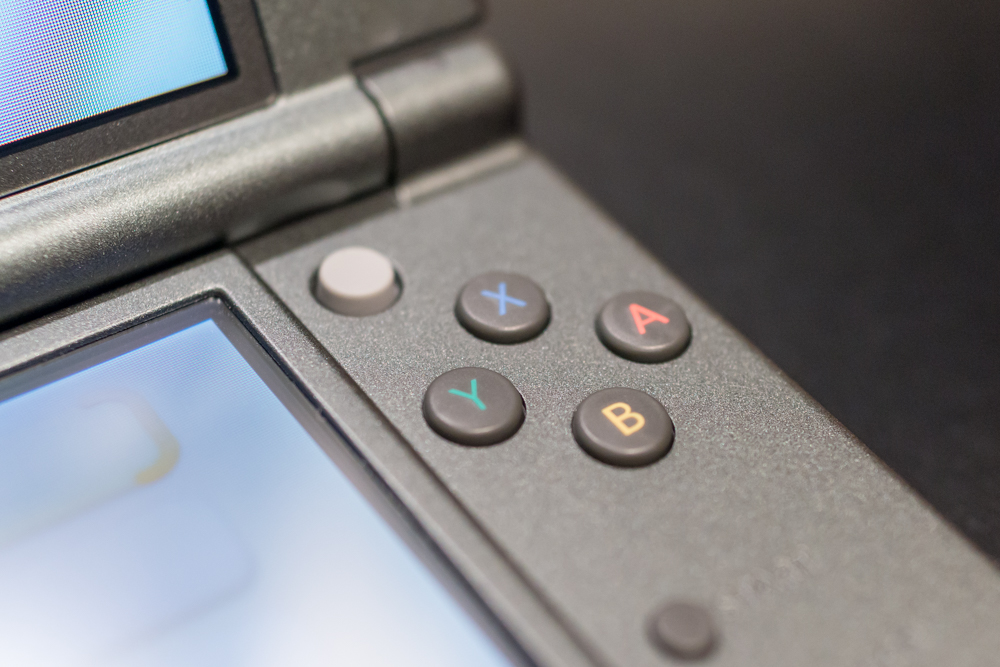 While small, the rubber-topped C stick felt natural in use and was unexpectedly effective overall. I could easily manipulate the camera in third-person action games The Legend of Zelda: Majora’s Mask 3D and Xenoblade Chronicles 3D, and I had no problems navigating their worlds. Surprisingly, the limited travel of the C stick made camera control feel even more responsive than it would with a console controller in these cases. On the other hand, while it was sufficient for camera control in first-person shooter IronFall, I found myself wanting a second thumb pad instead as I’ve grown accustomed to aiming with some left thumb travel. It might be too small for shooter fans to feel full comfortable using. The nub works well enough, and it’s certainly better than nothing.

Nintendo’s designers were smart to carve out a space for players’ left thumb tip just above the C stick, as the system’s hinge would have hampered movement otherwise.

Two new shoulder-mounted Z buttons lie just inside the reach of the existing L and R buttons. While they won’t be of much use for legacy games, New 3DS releases are already putting them to work. Both new buttons proved useful in playing IronFall as they were mapped to functions that complemented the existing triggers. For example, the right Z button was set to weapon reloading, placed next to the weapon fire trigger.

One of the biggest changes to the 3DS system is almost invisible, but its inclusion makes a notable difference when it comes to gameplay. A secondary camera was added to the system to enable face-tracking. This enables the New 3DS to adjust the top screen’s image to the player’s viewing angle by tracking the player’s eyes, dynamically adjusting the 3D sweet spot on the fly. Internal hardware does the tracking, which means that even legacy games benefit from this.

I’m impressed at just how effective this real-time eye-tracking is at keeping the system’s 3D in sync and surprised at how fast it could adjust to movement. A near-instant read on my eyes had games snapping into crisp 3D, and as long as I was looking at the screen dead-on, it stayed locked, without the blurriness that even slight movement of its predecessors would bring. The New 3DS managed to keep the 3D view locked and clear while tilting the system in all directions, even at some pretty sharp viewing angles. I tested it with quick glances away from the screen and then back and it never missed a beat, locking almost instantly to 3D.

It’s interesting how this tracking seemed to give games a visual upgrade. While upcoming releases like Majora’s Mask and Monster Hunter 4 Ultimate looked great in locked-on 3D, even older titles like Mario Kart 7 and Luigi’s Mansion looked better than I remember them looking. Games I’m very familiar with were much easier on the eyes with the New 3DS. 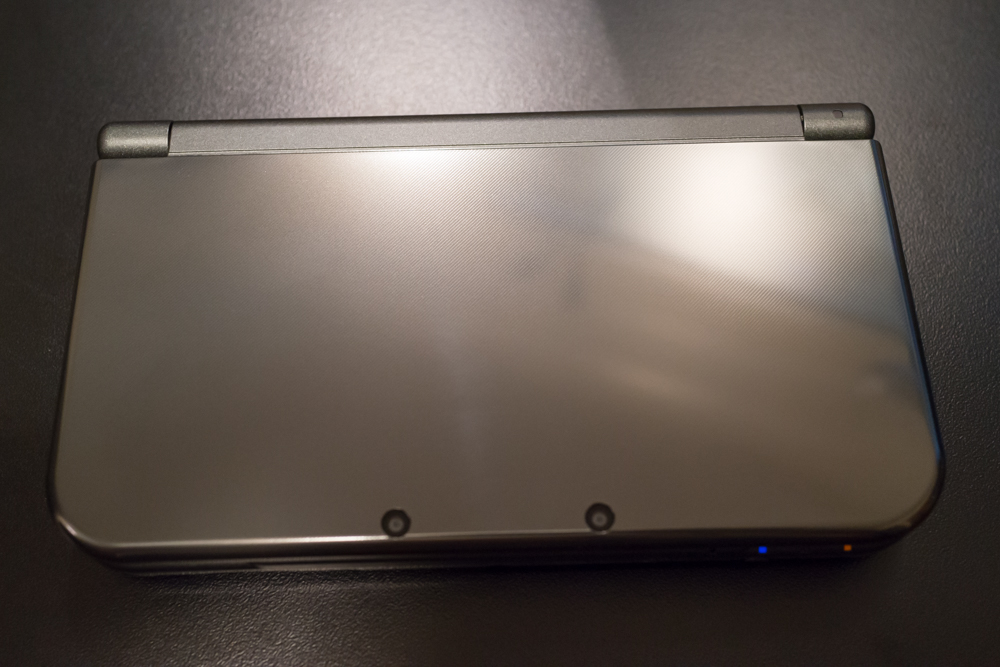 Nintendo confirmed that it added nothing new with the displays. So, why does the New 3DS seem to look better? It could be that the constant, subtle movements that come with playing a handheld game system bring about enough instances of blurred 3D in a play session that the overall experience suffers. It would make sense that Nintendo’s active tracking would negate these instances, improving the overall experience. It has finally made it so that we might actually want to use the 3D feature of the system now.

Another invisible upgrade adds NFC capability to the portable, allowing it to interface with Nintendo’s collectable Amiibo figure line, just as the Wii U is able to. Owners of other 3DS models will require an adapter. But for this new one, users need only to tap the Amiibo to the bottom screen of the New 3DS to use pass data. I wasn’t able to test this function as the first game to support Amiibo, Super Smash Bros. 3DS, won’t see support included until next month.

Improved processing in the New 3DS power upgrades the overall user experience. Side-by-side examples show the new system loading games much faster than its predecessors. In use, basic interface functions like game switching and web browsing seemed snappier. Even the navigation of the system menus felt more responsive.

Xenoblade Chronicles 3D, a remake of the rare Wii role-playing game, is the first to make use of the system’s increased CPU power, which means that the it is not compatible with older 3DS systems. But this game alone looked and played well enough to sell me on the New 3DS. Despite the small screen, it has console-quality visuals.

Do you need a New Nintendo 3DS XL?

Even with as many revisions as this system has seen, should you fork over $200 for this new one next month? For me, the inclusion of the C stick alone is reason enough to upgrade. Getting away from the awkward D-pad and stylus-based camera control in action games that we’ve suffered through these past four years is reason enough. And more games that support this stick will eventually come down the line.

The other improvements, like the new triggers, improved button layout, and jacked up CPU power, are nice side benefits.

But the main draw for me is an unexpected one — the face-tracking. It remedies the prevailing problem with the 3DS, and does so in a way that makes games seem even more responsive and immersive. It makes the 3DS and its games easier to enjoy — certainly a welcome upgrade. 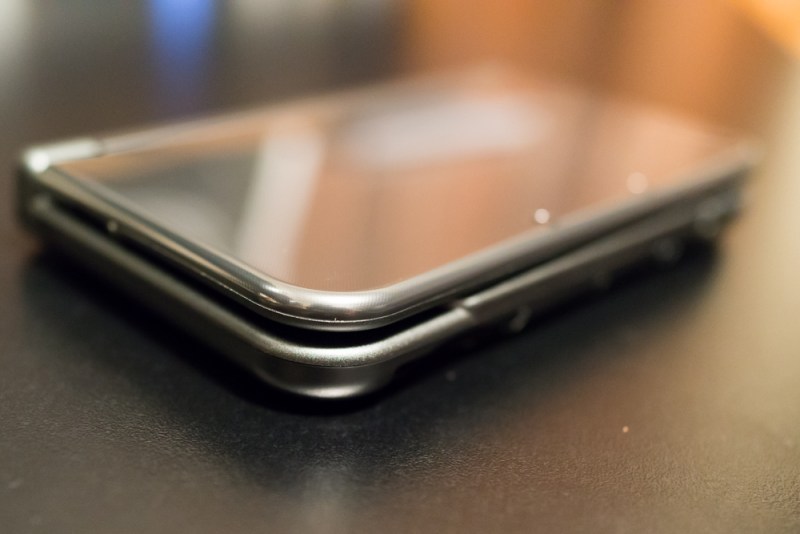