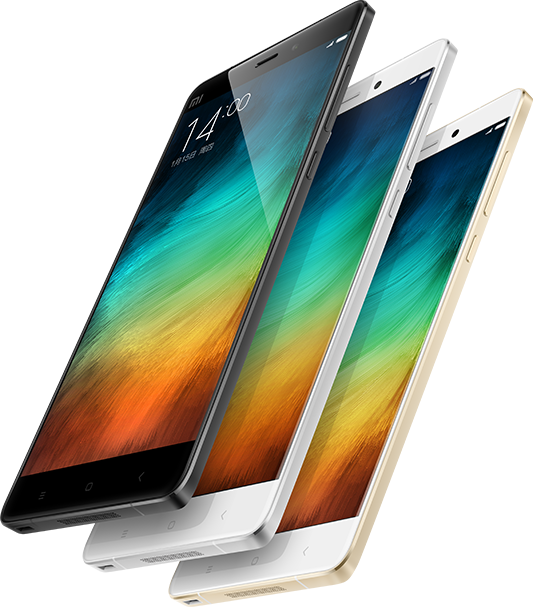 And fading fast, you have diminished South Korean giant Samsung. Was it really just a year ago that we were all wondering if Samsung would crush Apple?

While Samsung still sells the most smartphones around the world, it seems the future (for the moment) belongs to Apple and China-based Xiaomi. That new dynamic was on display today in Beijing, where Xiaomi rolled out its new giant Android-based smartphone, the Xiaomi Note, and went to great lengths to point out all the ways it’s better than the iPhone 6 Plus that Apple debuted last year.

“We are thinner and lighter,” Xiaomi Chairman Lei Jun said in the presentation, according to the Wall Street Journal.

Xiaomi’s growth has been driven in large part by its success in China, where its market share tripled last year to 16 percent from 5 percent a year ago, according to Canalys. That put it ahead of Samsung in China, where Apple was 7th in the quarter that ended before it released the iPhone 6 and 6 Plus in that market.

Around the world for the third quarter in 2014, Samsung had 23.7 percent market share, down from 32.2 percent the year before, according to IDC. Apple was second with 11.7 percent, a slight dip from 12.8 percent a year ago, but it also doesn’t include a full quarter of sales of the new iPhones.

Xiaomi had zoomed into third place worldwide, with 5.2 percent, up from 2.1 percent. This staggering growth is why Xiaomi was able to raise a huge $1.1 billion round of funding in December that valued it at $45 billion.

Apple reports earnings later this month, and that will give us a better read on the impact of its new, bigger phones. Meanwhile, in large part because of its struggles in China, Samsung has had terrible earnings this year and has reshuffled its mobile executive team.

Clearly, Xiaomi sees Apple as its main target now. During the presentation today, Lei compared the Note to the iPhone 6 Plus, and the specs and pricing show why Apple is going to have its hands full.

The Xiaomi Note with 16-gigabytes is $372, about half as much as the iPhone 6 Plus. The Note also has a 5.7-inch screen, 13-megapixel camera, and curved Gorilla glass on the front and back.

We’ll see if it’s enough to close the market share gap with Apple. But for now, it’s enough to know that there’s a new rivalry brewing among tech heavyweights. And whichever company triumphs, it’s another lesson in how fast fortunes can rise and fall in tech.