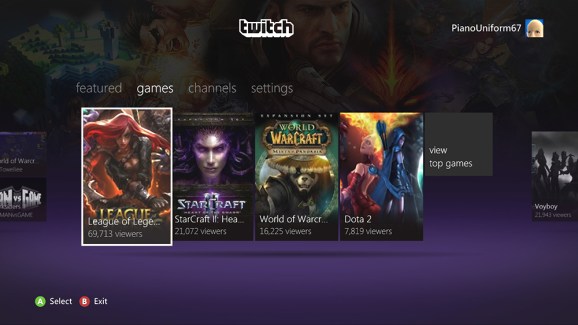 Twitch is giving gamers a new way to spice up their “let’s play” videos and live shows.

All of the library’s songs are cleared to use for both live content and archived video, and they will not be flagged by the company’s audio recognition system, Twitch said. Implemented in August 2014, the automated system functions similarly to YouTube’s Content ID. It scans video on demand for copyrighted music, including in-game and ambient music, then flags and mutes any offenders.

The audio recognition system was widely criticized at the time, and Twitch itself even admitted it’s not 100% accurate. Not only can it miss copyrighted content, it can give false positives as well. Although it’s far from comprehensive, the new music library will now provide a viable, legal alternative, and Twitch promises to add to it in the future.

“Our community has been vocal about the importance of music for their broadcasts and their love of music in general,” said Twitch’s chief strategy officer, Colin Carrier. “By working with both established and upcoming record labels, we are now able to offer music for them to use that is cleared for live broadcasts and archiving.”

Twitch has experimented with live music in the past. OWSLA held a holiday party last year featuring both gameplay and live performances from artists under the label, while Monstercat currently broadcasts a 24-hour music channel called Monstercat FM.

Los Angeles-based producer/DJ Steve Aoki broadcasted a live concert to promote the launch of his Twitch channel. The stream had more than 400,000 total views, according to Twitch, and it was responsible for almost half the clicks on the pre-order link to Aoki’s Neon Future album.

“When I performed the live concert on Twitch, the positive response paved the way for more music on the platform,” said Aoki. “Since then, the Twitch community has continued to be supportive of my channel, so providing them with content from Dim Mak is our way of giving a little back.”