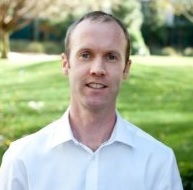 Above: Mike Foley of Unity Technologies.

The move is one of the first new executive appointments by John Riccitiello, who was named chief executive of Unity in October. Unity is a tech company that makes some of the most widely used game-creation tools for game developers. It is particularly popular among independent game developers, who can use it to level the playing field with much larger game publishers. Unity’s engine makes it easier to publish a game on nearly every platform, from smartphones to the PlayStation 4.

In a statement to GamesBeat, a Unity spokesperson said, “We can confirm that this is happening at the beginning of February. Mike’s a great guy with a ton of experience and loves our technology. We’re very excited to have him come on board.”

Foley was most recently senior vice president of corporate strategy at Electronic Arts, one of the biggest video game publishers in the world. He served at EA since 2008, and he handled numerous strategic planning and acquisition transactions. He also served as a director of corporate development at Microsoft.

Riccitiello was the former chief executive of EA, and in October he took over as CEO from David Helgason, who cofounded Unity in 2004. Riccitiello came in after rumors floated that Unity was for sale.