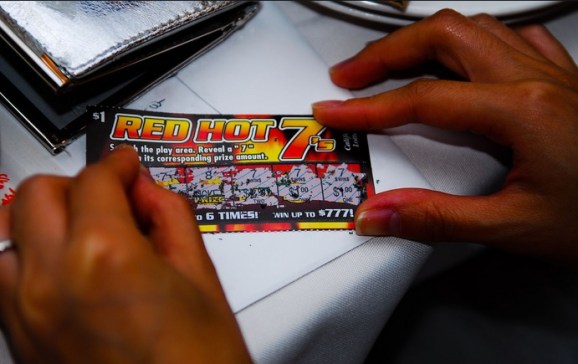 I’ve drawn a lot of heat for calling out the so-called “accelerators” that invite startups to “take a shortcut” to “success” using their “model” and “mentors.”

The offenders say I’m just mad because these companies are subverting the route of traditional venture relationships. Bullshit! First, it’s a moot point for my firm, Atlas Venture, as we do a lot of things that are anything but traditional; second, this is just a straight-up cost benefit analysis that anyone starting a company should be able to do from the get go. If you’re stupid enough to sign on with one of these guys, you might not deserve to be in business in the first place.

What do companies really get for the sizeable stake they have to give up for the multi-week, one-size-fits-all, finishing school? TechStars, one of the leaders in this new cottage industry of taking money from startups, says: “We provide three months of intensive top-notch mentorship.” Three months? That’s about the equivalent time of an accredited nail-salon technician program (which is probably a better investment of your time).

It usually takes significant time to build a real company. In my experience, 5-10 years. The first 12-18 months are a steep learning curve, and there is simply no way to predict what you’re going to face. This is because, if you really have a unique idea, you’re going to face some unique challenges.

As an early stage entrepreneur and investor, I am in (and have always been in) for the entire experience — cradle to liquidity (or grave, although good fortune, determination, and hard work have saved me from having to go there so far). In contrast, “accelerators,” like compulsive lottery ticket buyers, are in it for a quick hit. With these types of accelerators, if something doesn’t go right, there is always the next class, the next scratch-ticket.

One of the problems is motivation. What matters to an “incubator/accelerator” is its own brand not the entrepreneur’s. Hence the indoctrination/brainwashing process that focuses more on branding a company as a “Techstars” or “500Startups” company. It’s in the accelerator’s best interests to make you “one of them” so in the (statistically unlikely) chance of success it looks like they were the ones responsible.

Business is Not One-Size-Fits-All

At best, this whole thing is just the watering down of ideas, the commoditization of real entrepreneurs, and the dumbing down of the startup landscape to a one-size-fits-all model. It’s this commoditization that makes it less and less likely that any of their ideas will break free and prosper. I can tell you from the past two decades of being involved with startups that plans go out the window pretty quickly when things start happening, yet these guys somehow think the path to victory lies in increasing the structure for early stage companies. Why aren’t more people skeptical of this idea?

Accelerators are simply glorified seed stage venture funds. Any attempt to position differently is completely disingenuous. Even 500 startups, one of this trendy bunch, admits to it as in the first answer of their FAQ:

How much more clear can it be? Seven percent of the company for shelling out approximately the value of a higher-end BMW.

Another example, Techstars, states, “We invest $118k in each company.”

How can this be considered anything other than a seed? And how is this number determined? Is every idea, every company the same somehow? Do all ideas require the same capital to vet, from a complex B2B play to a simple consumer app? This makes no sense.

Considering this “assembly line” methodology, why do they then take such material equity (at least 6 percent very early on)? These rates seem significant for offering little real value to the entrepreneur — beyond helping to prepare a slide deck to pitch the real investors.

Getting Back to Basics

Entrepreneurship isn’t about raising money, it’s about building businesses and creating a return on investment. Neither companies, nor entrepreneurs are built in 12 weeks; further, they are never built without the knowledge that it takes perseverance, a long term commitment, and consistency through the entire process. Just raising money and putting nothing behind it is a recipe for failure. Sadly, we seem to keep getting served the same recipe again and again.

Most incubators are the proverbial “wolf in sheep’s clothing” plain and simple, so they should stop pretending. They want a cut of the action and they make their money by quantity rather than quality. In comparison, VCs are transparent about their business model and intentions. Companies are as different and dynamic as people; the one-size-fits-all model doesn’t work.

And why does everyone get the same deal in terms of equity and cash? Entrepreneurs should be evaluated based on their idea, team, market and traction; not everyone is at the same stage (or has the same capabilities) in terms of company building. It’s a profoundly poor way to start new companies, where the incentives have to be commensurate with the likely returns.

If this is how things got done, Google would have the same value as Pets.com. What kind of world is that?

Weeding Out The Wannabees

Accelerators are a sexy shortcut for people who fantasize about being a successful entrepreneur. The majority of the time spent with them focuses on how to pitch a VC to raise money, not how to deliver a return on money invested. What they should be focused on are some of the core requirements in company development, concepts such as customer interviews, validation of product/market fit, recruiting, positioning and messaging, how to build a real operating plan, competitive positioning and sales. These are the things most founders, especially if they are technical founders, have little experience in. Conversely, with incubators, the vast majority of the time is spent learning how to pitch to get more money. You end up giving them equity to learn how to get more money, so you can give them more equity.

Another point of contention I have with these guys is the “mentorship” they provide. Entrepreneurs sign up based on the advertised “mentors” and then comes the bait and switch. I’ve heard founders coming out of these things telling me about how the “mentors” assigned were not actually the few credible ones who were first listed. It’s like going to a music festival to see The Sex Pistols and never being able to get close to the headliner tent, so the only tents you can get into are The Spin Doctors and Third Eye Blind. Most of these people are has beens, never was-es, and wannabees. It’s not worth your time or the price of admission.

Simple question: How many liquidity events, IPOs, acquisitions, or growing cash flow positive companies were born from accelerators outside of Y Combinator? Anyone? Is that silence, or are my noise-cancelling Beats on?

No one ever defines accelerator success. Unfortunately for the victims of accelerators, the real world is not about making “cool” companies or about dollars raised. Success is defined by dollars returned on investment. It’s about solving real problems and making money for your investors.

Here’s the money shot because you’ve been good enough to read all this way through: Publicly available research suggests that fewer than 2.5 percent of entrepreneurs make at least $5M in companies that took the accelerator route. That’s it, plain and simple. If you want to be a one percenter, I’d recommend you plan to do it the old school way.

Maybe pursue an early stage venture firm that has contacts and is experienced in building companies.

The good ones aren’t going to give a shit about your PowerPoint slides.

Chris Lynch is a partner at Atlas Venture, where he focuses on big data and disruptive infrastructure. He has led investments in companies such as Hadapt, Nutonian, Threat Stack, and Sqrrl. He shares his thoughts on technology at appetitefordisruption.com.