Venture capitalists are pouring billions of dollars into startups in San Francisco, where a lot of the digital gaming industry has concentrated. But not everybody is staying in the region.

Matt Ricchetti, the former president of studios for San Francisco’s Glu Mobile, recently headed to the Midwest as chief product officer of PerBlue, a mobile game company in Madison, Wis. He’ll lead that studio’s efforts to come up with the next big mobile game. And why not? The mobile gaming industry has spread around the globe like wildfire, putting places like Helsinki on the map thanks to games like Clash of Clans and Angry Birds — and creating a $25 billion industry.

It makes perfect sense for mobile gaming to spread out in the U.S. as well, beyond the gaming hubs of San Francisco, Los Angeles, Seattle, and New York. After all, you can gather a mobile gaming team anywhere and keep it together for a lower cost, particularly if you’re outside of those hubs.

If you look around, it’s not hard to find game studios outside of the hubs. Warner Bros.’ Injustice: Gods Among Us, a hardcore console game, was made in Chicago. Kabam’s Marvel: Contest of Champions was made in Vancouver, and Glu’s Kim Kardashian: Hollywood was developed in Toronto. Costs are starting to matter, as development can now run into the millions of dollars for single titles. For sure, the regional hubs will continue to be strong gaming centers, as it pays for gaming companies to be near either Hollywood studios, Silicon Valley tech companies, or big brands. But other areas could thrive as well from the digital game revolution. 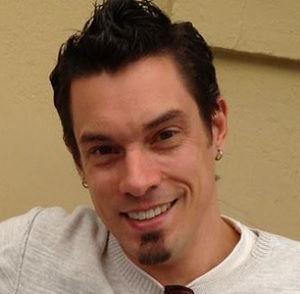 Above: Matt Ricchetti of PerBlue

Ricchetti told GamesBeat that it has become hard to sustain small, talent-driven studios in places like the Bay Area because of rising development costs and poaching.

“There are a number of strong studios like PerBlue in locations like Madison that few people know about,” he said.

Madison, in fact, is doing OK in sustaining tech companies and producing tech-savvy talent from the University of Wisconsin. Other game companies are sprouting there, too. PerBlue’s chief operating officer, Forrest Woolworth, is encouraging tech entrepreneurs in the region to gather and become advocates for the Midwest tech/gaming scene.

“Professionally, it’s easier to run an independent and profitable studio because costs are lower,” Woolworth said in an email to GamesBeat. “That mix of creative freedom and stability is something that many in the industry crave. Combine that with a source of strong engineering talent, like University of Madison, and its a sustainable studio model.”

Ricchetti said he is impressed with PerBlue’s own talent base and small studio setting. The company launched its first location-based role-playing game, Parallel Kingdom, in 2008. I met PerBlue’s Woolworth at an Android gaming contest in 2012. To date, the company has raised more than $5 million in venture funding, and it has more than 10 million player across its midcore strategy and role-playing games. Those include Greed for Glory and Titan Empires. (Midcore games are like hardcore games, but played in smaller time segments, such as rounds that might last a few minutes).

The studio has created its own games-as-a-service infrastructure that it will leverage in upcoming free-to-play mobile games. PerBlue most recently raised $3 million in mid 2014, and it said it is profitable now.

Previously, Ricchetti was responsible for Glu’s product strategy, studio organization, and worldwide studio development. And before Glu, he was vice president at Kabam, where he led the company’s early mobile strategy. He helped launch the top-grossing Kingdoms of Camelot: Battle for the North, and The Hobbit: Kingdoms of Middle-earth.

“We’re focusing on creating engaging brands and great player experiences with a lot of emphasis on social interactions and competitive elements,” said Justin Beck, chief executive of PerBlue. “Matt brings significant product experience to the team as we grow our product lines and create the next generation of games.”

PerBlue also recently added Matt Bruner, most recently a console game creator at Airtight Games, as creative director. He was previously in Seattle.

Most of the PerBlue team is local, Woolworth said.

“Since we’ve been around since the very early days of the mobile games industry, we’ve essentially grown up with the industry,” he said. “Especially early on, there were no experts in mobile games, so we went about building our own expertise with our home-grown team. The industry has rapidly evolved and changed, and our team has developed a strong expertise operating free-to-play games throughout that. As the industry has matured more recently, we’ve found it necessary to recruit more experienced roles, and much of that expertise is in San Francisco and the West Coast.”