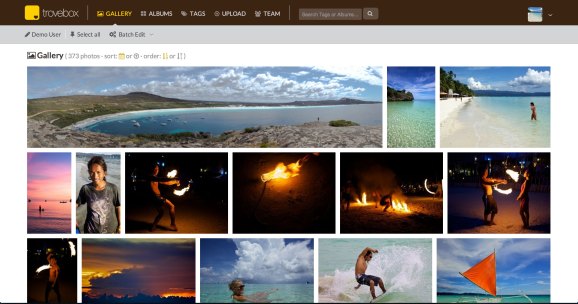 Trovebox, a Sunnyvale, Calif.-based startup that’s been building photo-management software since 2011, is shutting down.

The startup announced the news on its website and in an email to users today:

The last 3 1/2 years have taught us that the path to a destination is rarely straight. Many of you have stayed with us as we evolved Trovebox and some of you have evolved it for your own purpose.

We believe the best is yet to come. Some of the team will be joining another much larger company to pursue our original goal of preserving digital memories. It’s an idea that we’re excited about and have incubated for most of 2014. Consider it a “fork” of the Trovebox you know today.

Trovebox wouldn’t exist if it wasn’t for our early Kickstarter backers who pledged more than $25,000 and the wonderful folks at the Shuttleworth Foundation who provided over $700,000 in funding.

We sincerely thank you for using Trovebox. You’ve helped make it everything that it will become.

Trovebox, previously called OpenPhoto, is sort of a management layer on top of people’s cloud-stored photos. It’s like using WordPress as a skin for a blog that you’re hosting elsewhere.

The Trovebox front-end software, including web and mobile apps, is available for the taking on GitHub. Nico Prananta, an iOS developer in Japan, built an open-source iOS client for Trovebox called Delightful.

We reached out to Trovebox cofounder Jaisen Mathai, but he said he was unable to share any details with us. He was previously an engineer at Yahoo, where he worked on widgets for Yahoo’s homepage and Yahoo Mail, according to his LinkedIn profile.

Jordan Novet contributed to this story.