Selfie sticks were one of the key gadgets to emerge from CES last week, a clear hint at what’s to come in 2015. But in an attempt to thwart this rising trend, U.K. music venues are introducing blanket bans on the skinny phone contraptions.

Selfie sticks are telescopic extensions that let you hold your phone at a distance for the express purpose of taking selfie photos. Though they have been around for a number of years already, they seemed to gain momentum in 2014, with Time naming them one of the inventions of the year. 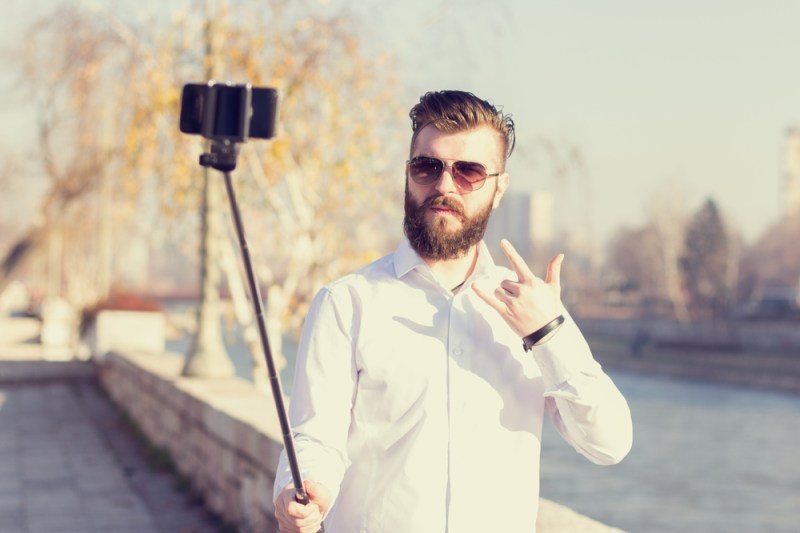 Among the venues to introduce bans are the O2 Academy in Brixton, London’s O2 Arena — the U.K.’s largest indoor venue — and the SSE Wembley Arena.

The Academy Music Group, which owns the O2 Academy in Brixton as well as other well-known music venues, already had a ban in place for taking photos and videos with tablets, so it’s perhaps not too surprising that selfie sticks have found their way onto its “nuh-uh” list.

If you were already one to get annoyed with gig-goers sticking their phones in the air to take photos and videos, selfie sticks merely encourage the activity and compound the problem.

Music venues are just the latest U.K. institutions to ban selfie sticks in recent times, with an increasing number of soccer stadiums also banning the gadgets. Some selfie sticks were banned completely in South Korea, but not because of any perceived annoyance — the new law applies only to unregulated sticks that use Bluetooth to trigger a phone to snap a photo.

The fact that more public forums are taking a no-nonsense approach to the selfie stick revolution will surely be greeted as good news by many. Most venues in the U.S. and beyond continue to embrace them, though with 2015 shaping up to be the “year of the selfie stick,” that could soon change.