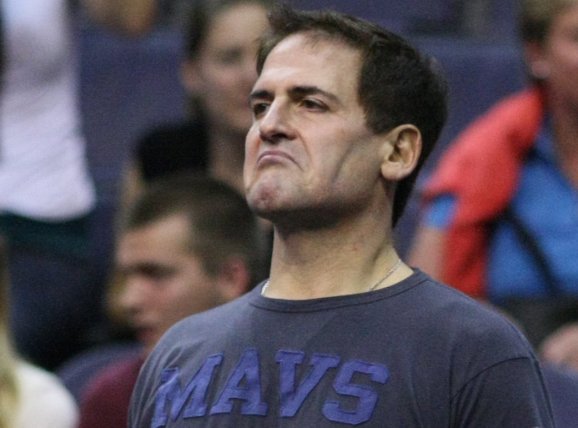 Mark Cuban does not like what he sees here.

If you haven’t read ”He’s Just Not That Into You”, it can be summed up in a sentence: If he isn’t calling you, asking you out, sleeping with you, or otherwise treating you like he really cares, he’s just not that into you. This of course means you should move on. This pretty much summarizes the stance the Securities and Exchange Commission (SEC) seems to have taken with Small Business. And that’s why Congress should carve out a new capital markets agency dedicated exclusively to the currently unmet needs of America’s job creators: small businesses.

The SEC has refused to act on its own on any substantial legislation to help small businesses although it has the right under Section 3(b) of the Securities Act of 1933. It hasn’t enacted any substantial recommendations that have come from its annual forum on Small Business Capital Formation in nearly 20 years. And it is two years late on delivering the final rules related to debt and equity crowdfunding, a uniquely bi-partisan legislation that, despite the infirmity of the then sitting Congress, was passed by both houses of Congress and signed into law by President Obama.

Those of us who follow small business blogs, political circles, and statements by SEC Commissioners, are aware that the SEC seems to focus its resources on the needs of entities and transactions other than small businesses. It has its hands full with managing the public markets, making sure the investments banks aren’t causing new financial crises and public companies aren’t creating financial engineering tools to hide profits or promote revenues.

Its concern over disclosure and investor protection in the public markets has taken its attention away from the needs of the majority of businesses in the private capital markets and rightfully so. First, “too big to fail” companies in the public market can cause another financial crisis much more easily than “too small to notice” business closures. Second, the SEC is run and managed by people who have come from big law firms and big public companies, and these folks often go back to those same firms when they depart. Few, if any, seem to come from or really care about small business.

While other government agencies (and other governments globally) have put small business interests at the height of economic and national policy (including President Obama’s office, where Small Business is a cabinet level position that reports directly to the president), small business doesn’t even enjoy a spot on the SEC’s organization chart.

So rather than further bemoan the problem, here are some reasonable recommendations for our new Congress to advance the interests of America’s world of innovators, entrepreneurs, and job creators:

1. Create an agency whose sole responsibility is to regulate and so manage the capital markets for companies less than $250 million in revenue. This will allow the SEC to do what it is currently doing, managing the broader public markets, while allowing another agency to deal exclusively with the smaller, mainly private capital markets. It will also allow this new agency to focus on job creation via capital formation in areas of our country that are underserved.

2. Keep the current securities regulations in place to allow the agency to launch immediately but allow the new agency to create policy that scales down for the size of a corporation. This will ease both bureaucracy and compliance costs that unduly burden small businesses without providing additional investor protection.

3. Immediately enact Title III of the JOBS Act to allow for debt or equity crowdfunding of up to $1 million for small businesses provided they hit 100% of their funding target and all disclosures are included per the legislation. This will allow America to create community businesses in underserved markets (like Ferguson, Missouri) and create jobs that will lead to economic stability and personal opportunity.

4. Review the suggestions of the Small Business Capital Formation Forum over the past five years and form committees to immediately implement the most important and desired actions.

5. Leverage advances in technology to streamline the filing and reporting process for small businesses so that it is more efficient, cheaper, and transparent.

The capital markets stand at a time in history where technology has been developed to facilitate capital formation while creating a digital footprint to hold people accountable. Knowing that this transparency is there to build a credible small business capital market should encourage Congress to implement changes in the SEC and finally make things happen for America’s job creators.

The reality is, if Congress were to do this, it would be doing the SEC a big favor. The SEC can’t publicly say it doesn’t care about small businesses, but its lack of action, financial resource complaints, and capacity restrictions say it doesn’t. So take this burden off its hands and give it to an agency that is focused not just on investor protection and capital formation but entrepreneurship, innovation, and jobs!