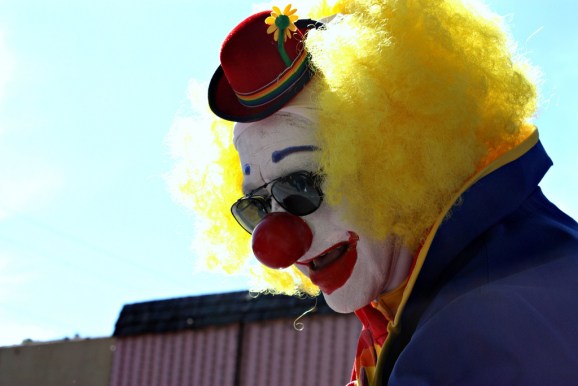 About six months ago, I got an email announcement from a friend saying she was getting professionally involved with one of the shadiest people I’ve ever met.

I messaged her and told her about all the people he had burned, but despite my warnings she decided it was still a good partnership and explained how she could manage any problems he might create. Three months later she told me she had severed all ties with him, that he was the biggest scumbag she had ever worked with, and that I was right all along.

One of the greatest benefits of being an entrepreneur is having the freedom to pick our colleagues — and yet every day you hear disaster stories about bad co-founders and coworkers. Sometimes it’s a simple case of misjudging someone, but oftentimes we are well aware of someone’s character flaws but, like my friend, we still decide to work with them.

Why are we choosing to work with questionable jokers when we don’t have to?

Among the most common mistakes people make, and the one my friend made, is believing that someone’s value is worth the headaches they create. We tell ourselves that whatever they bring to the table outweighs the potential problems. While I’m sure there have been terrible partnerships that produced fantastic results, the vast majority of time this isn’t true. The problems caused by a bad partner or employee almost always outweigh the benefits of their talent.

Many entrepreneurs also fail to do their homework. They think because someone is well-known in the tech community or big on social media they must be credible. The only thing this really means is that they’re good at self promotion. So dig a little. Some of these people are legitimate, of course, but many of them are empty windbags. Unless your goal is to work with someone whose primary skill is self promotion, you can’t assume popularity or positive press is an indicator of being a good partner or hire.

Another justification we make is that things will get better. Wrong again. Things almost always get worse. There’s a reason why the honeymoon phase is at the beginning. Things typically start on a high note and go downhill from there. If someone is already failing us in some manner at the start, why would we think the relationship or the person’s behavior will improve over time?

On a related note, why do we believe our patience can outlast someone’s flaws? Exercising patience or tolerance requires an effort on our part, while being incompetent — or whatever their flaws are — is their natural state of being. It’s like trying to outswim a fish. They’re built that way, while we’re trying to conform. It’s a battle that can’t be won.

Perhaps the most difficult thing to reconcile is how we let our personal feelings affect our judgment. We give our friends the benefit of the doubt and subconsciously tell ourselves that we wouldn’t associate with people who are stupid or untrustworthy. We want to believe that our friends are a reflection of who we are, so they must be good people, or at least good enough to work with. But again, this probably isn’t true. Just because someone is fun to spend time with or easy to talk to doesn’t mean they handle their business well. I have lots of friends who are great to hang out with but who are generally incompetent and somewhat unreliable.

Finally, we as a society have come to frown on being judgmental. We are taught to appreciate people for their specific gifts and ignore everything else. Employers are expected to find the right fit that caters to a person’s individual motivations. Well, if you have the time, budget, and patience to help people blossom based on their feelings, have at it. But when you’re trying to get things done with limited time and resources, this attitude mostly makes for a good motivational poster and a bad cofounder or employee.

In some ways, entrepreneurs are the perfect people to fool themselves into accepting unhealthy working relationships. We want our companies to succeed so badly that we easily talk ourselves into bad hires and partnerships using the justifications above.

But the justifications rarely hold up, and in the process of convincing ourselves that the end justifies the means, we end up working with clowns and buffoons instead of choosing to work with only the best.