Chinese Internet juggernaut Alibaba is betting big on QR codes, plowing cash into Tel Aviv-based QR code startup Visualead. Neither party would confirm the precise amount, but we’re told that it is a “multi-million dollar” figure.

Formed in 2012, Visualead sells itself as an “Offline to Online (O2O)” startup, a platform designed to help brick-and-mortar companies connect with customers online using so-called quick response (QR) codes on physical products. Its technology makes it easier to disguise QR codes in the design of packaging, letting companies better integrate them. Today, Visualead claims clients such as BMW, Orange, and Coca-Cola. 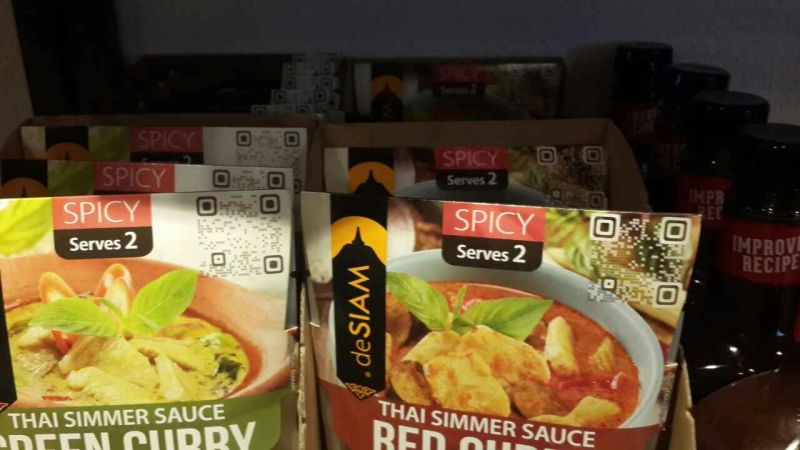 Alibaba has come a long way since it was founded out of Hangzhou, China, in 1999. It’s often called the “Chinese Amazon,” as it offers a myriad of e-commerce services, e-payment tools, and other cloud-related business offerings. The company went public on the New York Stock Exchange last year.

So why would a QR code company attract interest from an online behemoth such as Alibaba? Well, Alibaba is no stranger to QR codes, having previously partnered with a number of newspapers across China to link printed adverts with its online Taobao marketplace using QR codes. And its online Alipay payment platform has used QR codes for in-store mobile payments since 2011.

Moving forward, Visualead will be working tightly with Mashangtao, Alibaba’s scannable code technology service, to work on new developments for Taobao and Tmall.com, two of the largest online shopping platforms in China.

This is very much a strategic investment from Alibaba. Indeed, in addition to the funding, the two companies have also entered a “cooperation agreement” that will let Alibaba use Visualead’s patents and technology across the Alibaba group. Visualead, on the other hand, will use the cash influx to “develop next-generation O2O technology,” it says.

Israel has become a hotbed of tech talent in recent times, with a number of high-profile exits emerging from the small country. In 2013, Apple reportedly snapped up PrimeSense for $345 million, just after Google bought fellow Israeli startup Waze. Last November, Microsoft confirmed it had acquired enterprise security Israeli startup Aorato.

Alibaba is no stranger to making investments either, having thrown a whopping $1.22 billion at Chinese video site Youku Tudou, put $215 million in messaging platform Tango, and invested $120 million in mobile game publisher Kabam.

Visualead represents the first time Alibaba has put money into an Israeli startup, however.