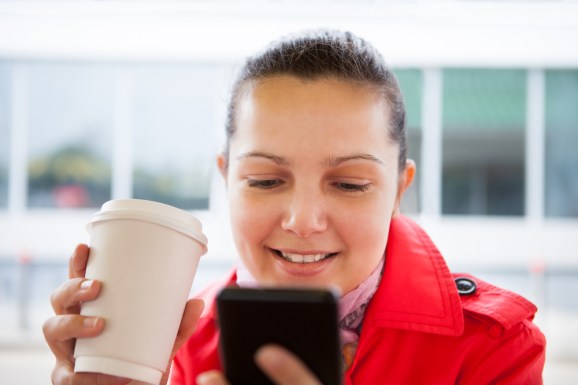 I like to keep my social spheres separate, living in different communication tools.

But lots of folks out there just want to connect with others — not spend their time flipping back-and-forth between apps. Enter Swingmail and its companion app Swingbook, which put the focus on contacts and your interactions with them. Starting today, the two are officially available on iPhone in the U.S., U.K., Ireland, Australia, New Zealand, and the Nordic countries.

Unlike email app darling Mailbox, which got a lot of buzz in 2013 for its gestures-based approach to managing email, flagship app Swingmail threads messages based on contacts. Though you could call it an “email app,” it also lets you plug in your Facebook and Twitter; you can even make phone and FaceTime calls from it to keep all your interactions in one place. In fact, the company is adamant that it’s not a replacement for your email app, but a more streamlined way to manage interactions.

This last point is at the core of how Swingmail works. While you might receive emails and messages from lots of people, only some really matter to you immediately.

It’s not exactly revolutionary, but it’s refreshing to see an approach that differs from the swiping- and snoozing-heavy redesigns everyone one else has been going with (looking at you, iOS Mail and Gmail apps). It reminds me a bit of Unibox, a desktop email client that didn’t get hugely popular, which grouped messages by contact instead of the usual.

Swingbook, the sister contacts management app, uses the same criteria to show you your 15 most relevant contacts at any given time. It integrates contacts from Gmail, Facebook, Twitter, and your phone.

The company has also built a calendar app, Swingcal, which it will release at a later time.

Yasuhiro Himukashi and Hirokazu Yoshinaga cofounded parent company BHI Inc. in 2013, which is based in Tokyo, Japan. BHI raised an undisclosed amount of funding from Daiwa PI Partners in April 2014.