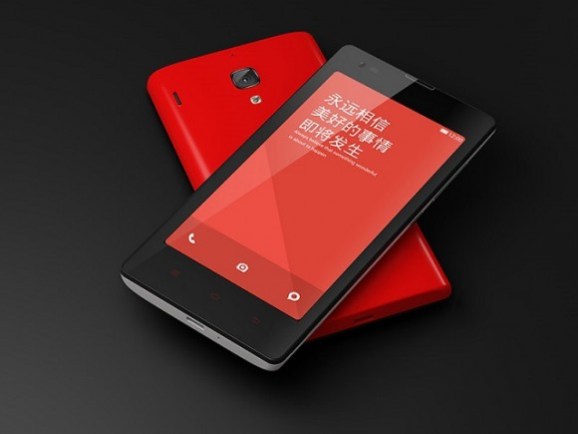 In case there was any doubt, China can now make a strong claim to being the center of the mobile revolution.

Chinese companies accounted for almost 40 percent of all smartphone sales in 2014 and occupy six of the top 10 spots for number of units sold, according to a new report from TrendForce.

“2014 was definitely an impressive year for Chinese brands as they gained more share of the global market,” Avril Wu, global smartphone analyst at TrendForce, said in the report.

Samsung of South Korea, still leads the world with 28 percent market share, down from 32.5 percent in 2013. Apple is second, with 16.4 percent, just a tad off from 16.6 percent in 2013. That Apple number can be a bit deceiving. TrendForce said Apple sold 24.5 percent more smartphones last year.

LG and Sony also made the top 10 at the fourth and eighth spots respectively.

The rest of the list is now dominated by Chinese companies who are still collectively smaller than Apple and Samsung but are growing much faster.

A big part of this surge, of course, is due to the completion of Lenovo’s acquisition of Motorola last year. According to TrendForce, Lenovo, with Motorola under its wing, shipped more than 90 million smartphones and more than doubled in size last year in terms of its smartphone sales. It is now the number one Chinese smartphone vendor and ranks third globally with a 7.9 percent market share, according to TrendForce.

Huawei ranks fifth, while Xiaomi ranks sixth for global smartphone sales. Xiaomi, TrendForce notes, is coming on particularly strong as it has doubled in growth each year since 2011. Late last year, Xiaomi raised $1.1 billion giving it a $45 billion valuation.

Other Chinese brands on the list include Coolpad, ZTE, and TCL. By 2015, TrendForce projects, three of the top five companies will be Chinese.