Are you an Android user who loves Instagram? Then you may soon have a chance to be an early beta tester of the photo-sharing app’s new features for Google’s mobile platform.

Instagram said today that it is inviting Android users to test out new features before they get released to the public at large. The goal, of course, is to get a wide variety of feedback from actual users on what is working, and what isn’t. 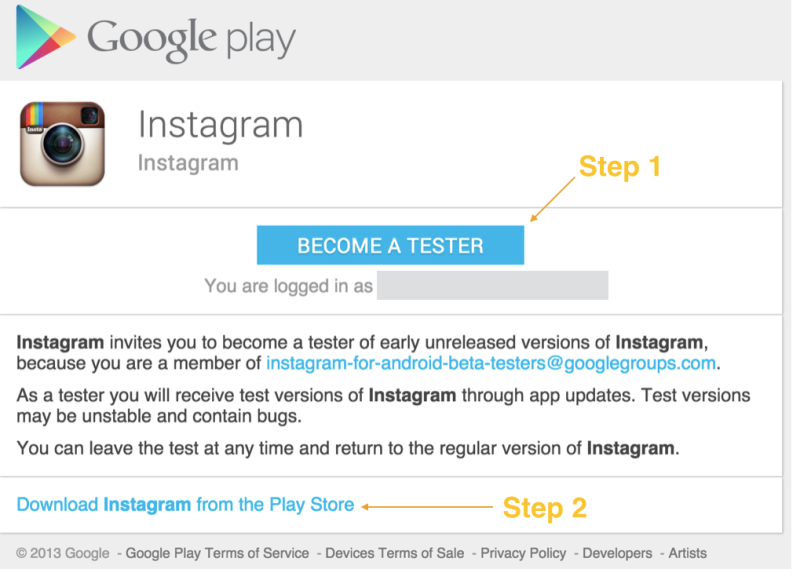 Those interested in being testers must be willing to replace their live version of Instagram with a beta version, and be willing to put up with potential bugs and other problems.

Instagram, of course, is owned by Facebook, and this isn’t the first time users of a Facebook property have been invited to test prerelease features. Last March, the company issued a similar offer to Messenger for Android users, and in June, 2013, it invited users to test the main Facebook for Android app.

Those interested in taking part in the Instagram program must first join the Instagram Beta Group on Google+. Next, visit the tester link. Then download Instagram from Google’s Play Store to update an existing live version of the app. And finally, while testing the app, submit feedback through its “Report a problem” option.