Russian game developer Nival has released a virtual reality game demo for the Oculus Rift that teaches you what your brain looks like. The demo, dubbed InMind, takes you on a rollercoaster journey through the brain, where your job is to stare at bad neurons until you zap them.

The Unity-based demo blends gaming and education, as you can blast bad neurons just by concentrating and staring at them. And the demo is meant to teach you about the neural structure of the brain. Beyond the basics of showing you neurons, the game demo isn’t too realistic. It’s full of fanciful colors, and it more closely resembles the experience of being inside the human body like in the 1966 sci-fi film Fantastic Voyage.

“Games are often criticized for being useless. We thought about how to make something more meaningful, and we came to the idea of education,” said Sergey Orlovskiy, chief executive and founder of Nival. “We should try to innovate in education. It’s a bigger market, and it’s ready to be disrupted. From my opinion, it is very old-fashioned.” 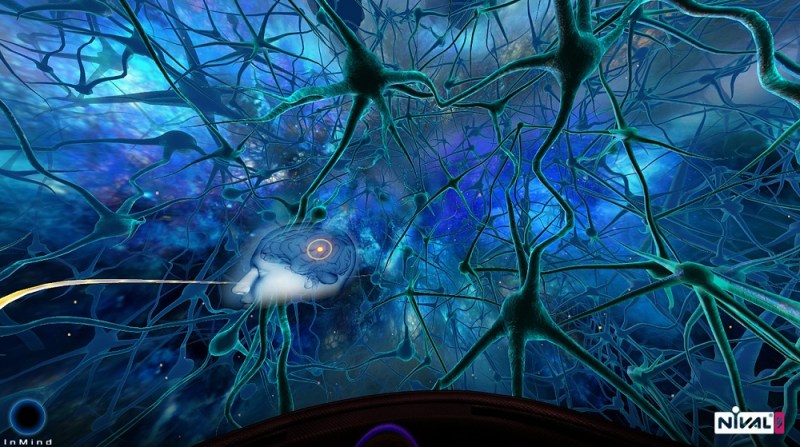 He added, “Innovating in education is good. We can provide this for free, and it’s better than listening to a lecture. Our educational system isn’t getting any better. If you look at things like online courses, the percentage of people who finish them is pretty low. People lack the motivation, and we are trying to add that. This is our idea for gamification.”

In the game, humanity is standing on the brink of a new era where modern healthcare makes tremendous scientific advancements. With the help of nanotechnologies, a surgical prototype bathyscaphe allows its operator to shrink to a micro level and travel inside the patient’s body. You have to search out red neurons that cause mental disorders.

Moscow-based Nival has been making games like Blitzkrieg, Heroes of Might and Magic V, and Etherlords for nearly two decades. But this project shows the curiosity that its developers have for virtual reality. The game runs only on Oculus VR’s Rift for now. Nival has more than 200 employees, and, despite the educational diversion, most of them are still working on traditional PC games.

“This platform is tremendously immersive, and it’s great for short, 15-minute educational journeys,” Orlovskiy said. “We’re planning to do a series of games in biology. We’re just scratching the surface now.” 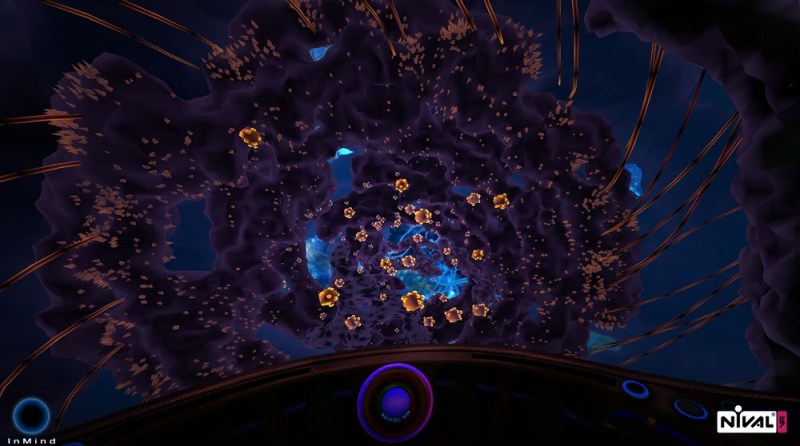