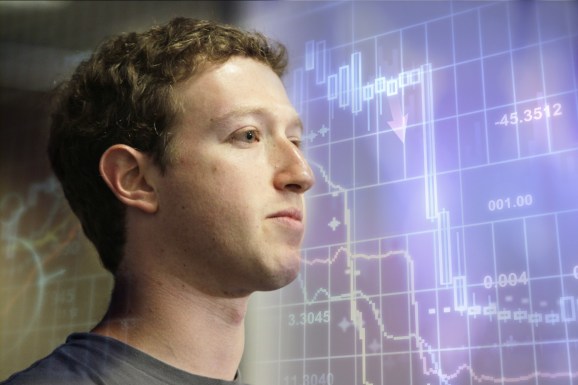 A New Jersey man was sentenced to 46 months in federal prison today for bilking would-be Facebook IPO investors out of millions of dollars.

Fred Todd, a 61-year-old attorney, was sentenced in federal court in Trenton, N.J. for having teamed up with two co-conspirators in a 2012 plot to bilk two victims who thought they were getting in early on Facebook’s IPO. In addition to his prison sentence, Todd was also ordered to pay $6.53 million in restitution.

According to the U.S. Attorney’s Office for the District of New Jersey, Todd, Eliyahu Weinstein, and Aaron Glucksman, “offered a pair of investors … the opportunity to purchase large blocks of Facebook shares prior to the company’s [IPO] in May, 2012. The offer was particularly attractive because large blocks of the shares were extremely difficult to get and were expected to increase in value at the time of the IPO.”

The co-conspirators did not have access to the Facebook shares, the government said, but took millions of dollars from the victims and subsequently misappropriated it “for their own use.” In other words, they stole the money.

Weinstein and Glucksman have pleaded guilty to their roles in the conspiracy, the U.S. Attorney’s Office said, with Weinstein being sentenced to two years in prison (on top of 22 years he received in a separate scheme), and Glucksman getting 52 months in the federal slammer, as well as forfeiting $1.2 million in his ill-gotten gains.

Even as Todd, Weinstein, and Glucksman were tricking their victims into investing into Facebook IPO shares that didn’t exist, they also convinced those victims to invest in a real estate deal in Florida. Again, the conspirators stole the money they received.

Facebook went public on May 18, 2012, opening at $42 a share before disappointing investors and closing down $4 at $38.37. Ironically, if Todd’s investment scheme had been real, his so-called clients might have lost money anyway, given what has become known as one of the greatest tech IPO debacles in history. Then again, if it had been real, and they’d held on, they would have made out like bandits, given that Facebook’s stock currently sits at $76.74.