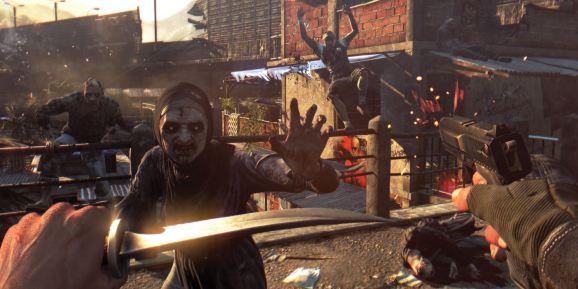 Next week Tuesday Techland will be debuting Dying Light for the Xbox One, PS4, and PC. The game received some flak for preorder bonus “Play as the Night Hunter” mode, which allows you to play as a zombie (not to mention the recently announced delay to physical copies outside of North America).

While all these things might put a sour note to many gamers, what isn’t so bad is that digital preorders of Dying Light is available with a 25% off discount this week at GMG. Just plug in a $15 off coupon code for the game and you’ll cut the price to $45.

The same coupon at GMG also works on this week’s re-release from Capcom, Resident Evil HD Remaster. The game will run you $19.99 on Steam, or nab the Steam key for $16 at GMG. Not bad for a release week discount.

Beyond the Zombie themed games, there are plenty of other discounts available this week. If you’re looking to extend your stay on Xbox Live, NewEgg has a $10 off discount on a 3 month subscription, making the digital code only $15. This week eBay Powerseller “antonline” has a rare $30 price break on the Wii U Console bundle w/ Super Mario 3D World and Nintendo Land, dropping the price to $270. Lastly, Uplay is running a “Buy 1, Get 1 Free” sale on select PC games on 30 well known titles like Dragon Age Inquisition, Saints Row IV: Gat Out of Hell, and The Crew.

Buy 1, Get 1 Free PC Download Games — at Uplay. A total of 30 games to choose from. Only about half the titles are from Uplay and some are Steam keys like Saints Row IV: Gat Out of Hell or Origin keys like Dragon Age Inquisition.