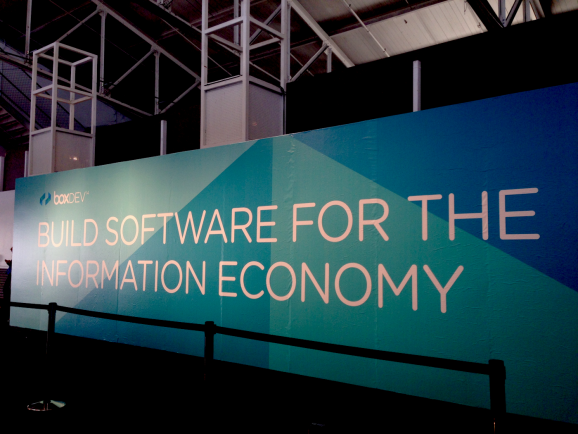 Box is back on track for its initial public offering, currently set for Jan. 23. But getting to this point has been a roller coaster ride.

Since the mononymous cloud file sharing company is due to hit the New York Stock Exchange soon, we thought we’d take some time to review the course it has charted to arrive at an IPO.

Box has arguably spent the last couple of years preparing for this. It’s made acquisitions, brought on big names to run certain divisions and sit on its board, and gone knee-deep into its “platform” strategy. It also took its foot off the IPO gas pedal — but we’ll forgive the Big B for that.

Here’s a review of Box’s journey:

Fellow cloud file sharing company Dropbox might have made three times the number of acquisitions (as far as CrunchBase indicates, anyway), but Box’s have undoubtedly contributed to the products and technology it has today. Crocodoc, acquired in May 2013, supplied the technology behind Box View, its application programming interface (API) for HTML-based document rendering and viewing. Box later acquired Streem, a Y Combinator-backed startup that built technology for unlimited cloud-based storage, as well as an on-the-fly video transcoder for much faster video streaming from the cloud. MedXT, Box’s most recent known acquisition, whose technology enables storing and viewing of medical images in the cloud, was a new step into the health care industry for the company.

Convincing companies to give it money in exchange for its services is only half of what Box has had to do to solidify its position as a significant enterprise software company. Providing fertile ground for further development on top of its technology is the other half. BoxDev, the company conference it first held for developers in April, was a major step. At the event, Box announced a highly requested consumption-based pricing structure for its API, its Metadata API for added context, and Box View, an API for HTML-based document viewing. With these announcements, it became clear that attracting developers would be just as important to its IPO as acquiring customers, if not more so.

Sept. 3 was a big day for Box. At its second annual BoxWorks conference, it announced its new playbook: industry-specific bundles of services. Why sell all kinds of cloud file sharing in a piecemeal fashion when you can sell them as tailored packages for specific sectors? At the time of the conference, its first three targets were retail, education, and health care, with the promise of more in the coming months. Interestingly, Box cofounder and chief executive Aaron Levie said at the time that the vertical strategy was one the company had debated — it wasn’t as easy of a call as it seemed on the outside.

Health care is one of those industries that’s slow to change, creating a perfect opportunity for companies like Box to come in with the promise of making things easier, cheaper, and more efficient. Among its many efforts to become the cloud file sharing service of choice for health care companies, Box made its product HIPAA-compliant to help both customers and developers avoid the burden of getting up to code themselves (a huge financial sinkhole). It also brought on heavyweights Aneesh Chopra, formerly chief technology officer of the White House, and Missy Krasner, a former Googler and health care investor. And it held an app competition for the health care industry. Then there’s the $3.8 million MedXT acquisition. When Box announced health care as one of its targeted industries for its service bundles back in September, no one was surprised.

Box filed its inaugural S-1 document on March 24, 2014, beating Dropbox to the punch. But it didn’t take long before the company started to have second thoughts. In late April, Box was reported to be delaying the IPO until at least June, and before we knew it, Levie was telling Bloomberg TV the company had filed to go public too early. Sure enough, 2014 came to an end without the company making it to the stock market.

Beefing up the board and leadership

In 2014, Box scooped up Cisco’s Padmasree Warrior for its board, and managed to convince Chopra to advise it on health care matters. Krasner has also been working on Box’s health care initiatives since 2013, first as an advisor and consultant, and eventually as a managing director. Microsoft veteran Steven Sinofsky also signed on to advise Box. Levie might be unable to wear anything but sneakers with his suits, but his company’s leadership is certainly not short on fancy pants.

As Box debuts on the public stock market, other enterprise cloud services providers — especially Dropbox — will be watching closely to see how it fares. Box is still proving its business model, so stay tuned, as the company is sure to make more headlines.