Water scarcity affects every corner of the globe. Around 1.2 billion people — almost 20 percent of Earth’s population — lives with the constant worry of not having enough drinking water to survive, according to the United Nations.

However, almost three-quarters of this world we inhabit is covered in water, the vast majority of which is undrinkable salt water. And it’s this problem that a crack team of innovators in London is looking to solve.

Having lived in United Arab Emirates’ capital, Abu Dhabi, for more than five years, William Janssen was already accustomed to drinking desalinated water — seawater treated in large machines that consume lots of energy. So Janssen came up with the idea of using solar energy instead to transform salt water into drinking water, a more sustainable, cost-effective method.

So Desolenator was founded in 2012, and the company has been working with Innovation Experience, a group that helps marry “clean tech development” with human-centered design, since 2013 to make the idea a reality. The company has since become part of London’s Imperial College accelerator program for clean technology startups, and just this week it met its $150,000 crowdfunding target on Indiegogo, with a week still to go.

It will use the money to take the product through the final stage of development, and there should be a fully market-ready product by October, with non-government organizations (NGOs) in conflict regions high on the target list.

Backers of the Indiegogo campaign have so far donated 55 units to causes, 35 of which are being given to families in southern India and Africa.

Desolenator can produce around 15 litres of clear water a day, from seawater or other “dirty” water. While desalination techniques do vary around the world, they typically require a generated power supply. And this is the main selling point of Desolenator, as it just needs sunlight and has no moving parts or filters, which means that it is easy (and cheap) to maintain. Another benefit is the cost of the unit itself — a single device comes in at around $450.

The user feeds water in via a pipe, and the solar panel then provides enough heat and electric energy to boil and cleanse the water. 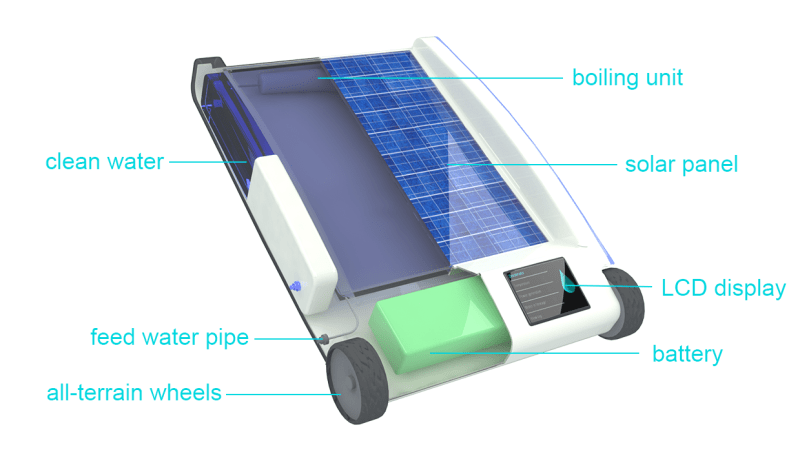 Though such technology clearly holds significant ramifications for bringing clean water to more than a billion people globally, there is no real reason it couldn’t be used in other walks of life.

Indeed, anyone living near a large body of salt water could invest in this technology. And anyone who spends large periods of time at sea, too, could find a use for it. 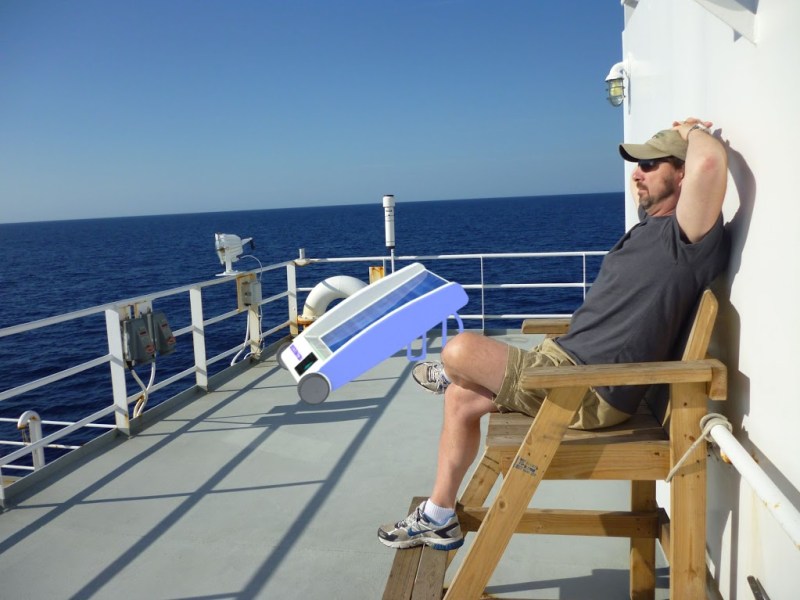 That’s looking into the future though. For now, the goal is to ramp up production and get as many units as possible out into the regions that need it most.

“The water crisis is real and happening now,” says Janssen. “This has been recognized by the World Economic Forum, which reports that water is the single greatest resource threat to the world.”

With a week of crowdfunding still to go, we’re told that if the company passes the $200,000 mark, it could expedite development and get to market sooner. If it smashes the $250,000 barrier, it will be able to create four more pilot sites — in Spain, northern India, Kenya, and Chile.