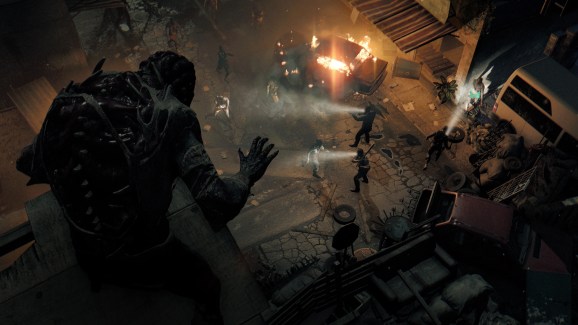 Dying Light's 'Be the Zombie' multiplayer mode allows for 4-on-1 action.

Techland, the Polish developer behind the pakour-influenced zombie game, announced today that everyone will get access to the multiplayer “Be the Zombie” mode. It allows players to invade each other as a powerful zombie, the Night Hunter, and it was previously only included with preorders.

The news follows a setback for Dying Light’s physical release, which faces a month-long delay outside North and South America. Dying Light’s release dates are now a little complicated, so they’re laid out below for clarity:

It’s an embarassing complication for one of the year’s big releases, and Techland has laid the blame squarely on the shoulders of its publisher and distributor, Warner Bros. Interactive. It’s trying to make amends in the best way it knows — by unlocking in-game content — but it might not help with lost sales. A one-month delay is pretty long, and not everyone wants to buy digital.

To further confuse matters, Techland is now giving away two of the items in its $20 DLC season pass (Cuisine & Cargo and the Ultimate Survivor Bundle) with “all physical preordered versions” of Dying Light. Although Techland confirmed to GamesBeat that this extra giveaway only applies to territories affected by the delay.

It’s not yet clear how the giveaway will also affect the sale of the season pass in these territories. Techland says it needs to discuss options with “external parties” first.

We’ll update this article when we get further clarification.