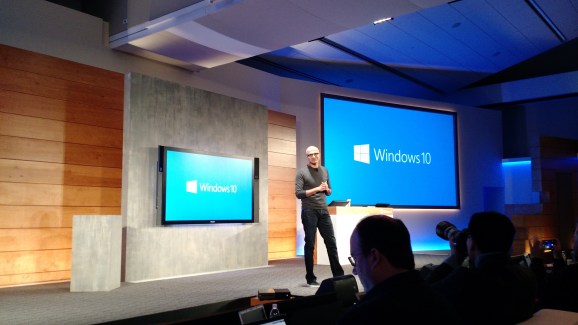 Although Microsoft originally said it would release its new Windows 10 preview next week, the company has launched it today. The January build, as the company is calling this version, includes almost everything the company revealed at its event on Wednesday, including Cortana on the desktop, the revamped Start menu, easier wireless audio and video connectivity, Windows Store beta, and new apps.

The update bumps the build number from 9879, released on November 12, to build 9926. “The gap between 9879 and 9926 is the longest you should expect to see with the program, because of the holidays and the need to add and stabilize feature payloads,” Microsoft explained. “We’ll get new builds out faster moving forward – thank you for being patient with us.”

The update should arrive overnight for Windows 10 preview users via Windows Update (your PC has to be plugged in, and be on or sleeping). If you want to get build 9926 now, head to PC Settings, select “Update and recovery,” then “Preview builds,” and click the “Check Now” button.

If you’re not signed up for the Windows Insider program, register now, check out the system requirements, and then follow the instructions. You can download the ISO in 32-bit and 64-bit flavors from this page (22 language variants).

We say this build has “almost everything” that we saw earlier this week because Microsoft showed off a lot of features that aren’t yet ready even for a preview build, such as Xbox game streaming. That said, you can expect the following:

Those are some of the big new features worth highlighting. Microsoft has also listed the changes it has made based on tester feedback:

What I find most interesting about this release is that Microsoft refers to it as the “January build.” Rumors have previously suggested the company would release new builds every month or so, and this seems to confirm that. In fact, we already know that Microsoft will release a Windows 10 preview for phones next month.