Cloud file-sharing company Box, one of the original cloud software startups, will enjoy a great deal of press attention and a financial booster shot this week when it goes public. But the significance of the spectacle will ripple well beyond company headquarters in Los Altos, Calif.

Competitors are watching Box get ready to go public and join the ranks of Salesforce, Workday, NetSuite, ServiceNow, and Zendesk — enterprise technology companies now traded on public markets. As much as they might want to see a frontrunner foiled, other enterprise startups could benefit from a successful public market debut for Box.

“I’m just hoping that it doesn’t tank, because there’s no guarantee on any of these IPOs,” Egnyte cofounder and chief executive Vineet Jain told VentureBeat.

And the very market conditions that have helped Box finally prepare for its IPO — like the impressive recent offerings from Hortonworks and New Relic — could lead to sooner IPOs from other tech companies, including competing cloud file-sharing outfit Dropbox.

Yet a lot could be at risk. Once Box is public, the company could be susceptible to the loss of more talent as employees depart once their shares vest and they cash in on potential gains. That could apply to the highest ranks at Box. If its provocative chief executive, Aaron Levie, does not manage to impress Wall Street with increasingly strong financials following the IPO, he could end up being ousted.

“He’ll be there, certainly, for the first year, and we give our best wishes to him,” Alastair Mitchell, Box competitor Huddle’s chief executive, told VentureBeat. 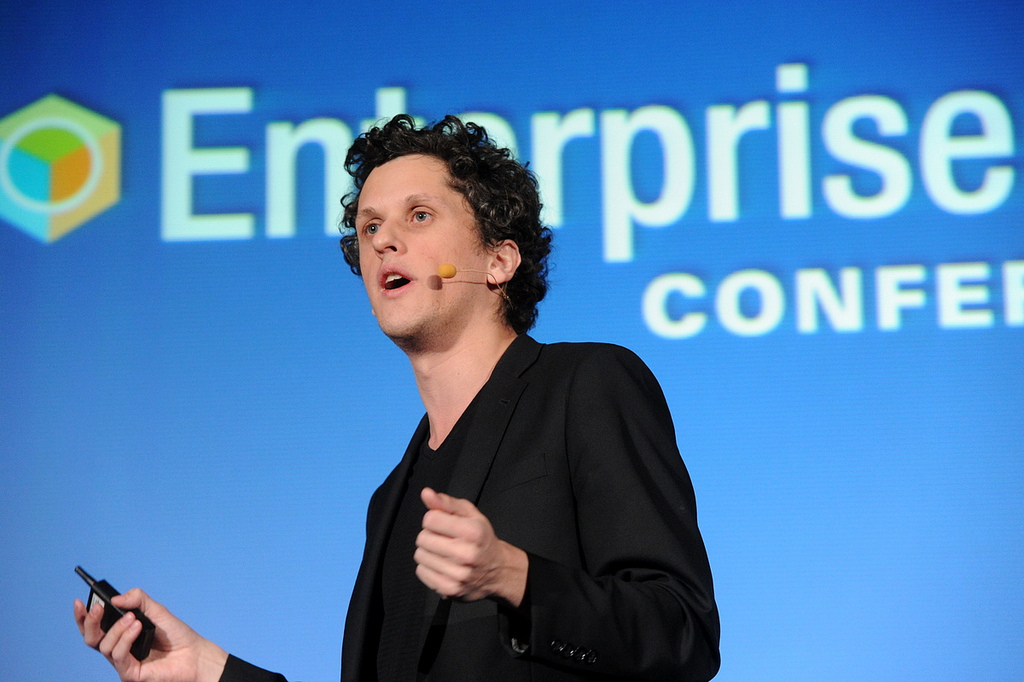 Fortunately, there’s more for Levie and co. to do from the perspective of technology.

For years, Box has pulled in revenue by storing and sharing files in its data centers on behalf of individuals and businesses. But the company has been extending its range of capabilities with new features.

Last year, the Box Notes note-taking feature arrived, as did Box Workflow tools that give managers the power to set rules about what to do when certain types of files are uploaded to Box. And Box can sell enterprise-friendly reporting features to surface information about how employees and outside collaborators are using content in Box.

And as Box sell these new capabilities to more businesses, other vendors could follow suit. Over time, file sharing in itself will become a commodity — if that hasn’t happened already.

“The value isn’t in storage,” as Mitchell put it. “The value is in how you use that information.”

So it’s reasonable to expect Box to try harder to sell the higher-level services and come out with more of them as well. Meanwhile, Box (and partners like Accenture) will emphasize its ability to help certain kinds of companies do critical work with industry-specific packages of its software in the months to come.

When the cloud hype settles down

Then again, maybe not. Jain wouldn’t be surprised if Box finds itself selling bonds (buying debt) after the initial pizzazz of the IPO dies down. That’s because for the moment, Box only stores files on its cloud; it has no option for allowing companies to keep storing certain documents in their own data centers.

Note: Jain’s company, Egnyte, is a hybrid cloud storage company that does offer that option, so Jain’s got a vested interest in seeing things this way. But even Box itself has pointed that out in its regulatory filings that getting companies to sign on to a cloud-only storage architecture isn’t always easy:

Many organizations have invested substantial personnel and financial resources to integrate traditional enterprise software into their organizations and, therefore, may be reluctant or unwilling to migrate to a cloud-based model for storing, accessing, sharing, and managing their content.

Should Box stumble in its execution as a public company, Jain and others may well find themselves with new evidence of the power of providing cloud storage alongside storage on companies’ own infrastructure. Microsoft, long on the receiving end of offhand barbs from Levie, could also score points, as could storage giant EMC.

Jeetu Patel, general manager of EMC’s Syncplicity business unit, for one, is anxious to see what happens. He thinks the real work of getting enterprises equipped with file-sharing tools they’re happy with is just beginning.

“There’s probably less than 5 percent penetration in enterprise when you think about how many companies have actually established a standard and gotten broad-based adoption of that standard,” he said.

The implication: If you thought Box faced competition for deals before, well, you ain’t seen nothing yet.

Ultimately, though, Patel isn’t dreading the Box IPO, as one might think a competitor would.

“The success of the IPO for Box is good for the entire market,” he said.