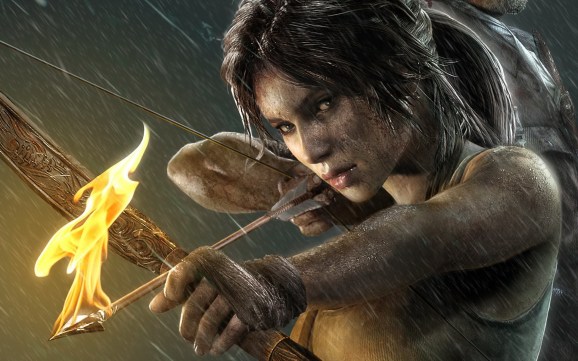 Tomb Raider is one of the games available on the Shinra cloud-gaming platform.

This article originally claimed Shinra is a Japanese company. It is actually based in New York. I apologize for the error.

Cloud gaming means you don’t need a console to play video games, and now another new company is stepping in to make that happen.

Shinra, a technology company based out of New York, is kicking off a beta-testing phase for its new game-streaming platform. The company’s cloud gaming will enable players to access a number of publisher Square Enix’s releases from throughout the years. Those include Final Fantasy VII, 2013’s Tomb Raider, and Hitman: Absolution. The test starts Feb. 17 and runs for three months.

To get the beta off the ground, Shinra partnered with Internet company NTT East and Techorus Coporation. NTT East is ensuring that Shinra’s supercomputer has direct access to Japan’s high-speed fiber-optic network. Techorus is providing the rendering technology that keeps each instance of a cloud game running smoothly.

In addition to the traditional Square Enix games, Shinra will also release a massively multiplayer online twin-stick space shooter. The company is hoping this will demonstrate the service’s versatility and how it might make sense for Internet gaming cafes, which remain popular in Asia.

While this test is only coming to Japan, Shinra president Yoichi Wada, the former president of Square Enix, says the company is planning a similar beta for the United States this summer.

In a statement, Wada went on to talk about how Shinra wants to change “everything about content, infrastructure, and business models” in the gaming industry.