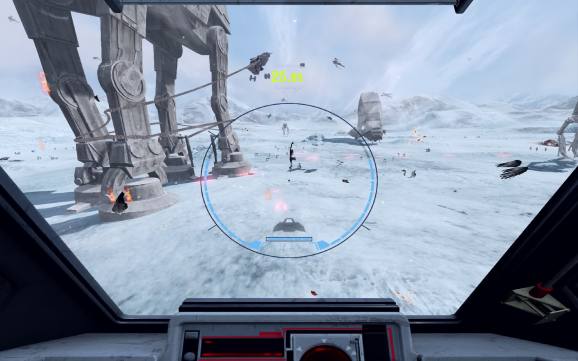 The newest Star Wars arcade title literally puts the player inside the game.

It was officially released in arcades in the United States on Jan. 23. This will be the first Star Wars licensed arcade game for the company.

Star Wars: Battle Pod bears a strong resemblance to an arcade machine from the company’s Japanese arm. Mobile Suit Gundam: Bonds of the Battlefield has the same panoramic display and features similar seating and effects, though it has players piloting giant robots instead of spaceships.

Fans will recognize most of Star Wars: Battle Pod’s settings as they come straight from films. The game’s Hoth state is taken direct from Star Wars: Episode V — The Empire Strikes Back and has players piloting a snowspeeder. Of course, the Millennium Falcon is also pilot-able. An original story exclusive to the game has players piloting a TIE Advanced fighter and playing as Lord Darth Vader in a mission to defend a secret weapon hidden within the Death Star.

The screenshots in our gallery certainly reflect the varied settings of Star Wars: Battle Pod but likely pale compared to viewing the scenes in motion while seated in front of a large dome. 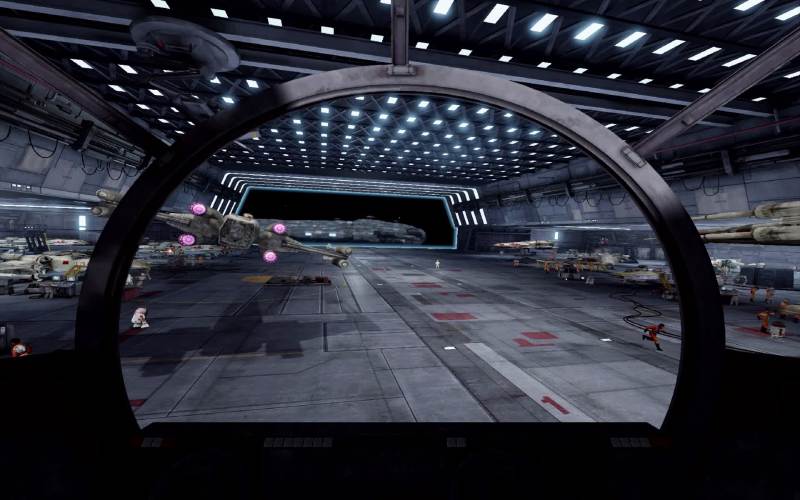