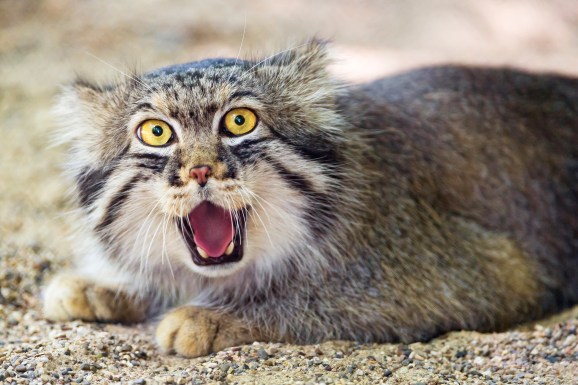 If you think it’s too late for another year-end list for 2014, then you’re clearly an enemy of innovation and progress. So, watch yourself if you don’t want to end up on a list next year of the 10 dumbest things in tech for 2015.

Speaking of which, the good folks at the Information Technology & Innovation Foundation have posted their nominees for their annual Luddite Awards. The ITIF is a “non-partisan research and educational institute” based in Washington, D.C. And this is basically their list of the 10 dumbest things that happened in the world of technology in 2014.

“Technological innovation is the wellspring of human progress,” the ITIF writes. “Despite this, a growing array of interests — some economic, some ideological — now stand resolutely in opposition to innovation.”

The term “Luddite” comes from Ned Ludd, the English dude who kicked off a movement of people who smashed mechanical looms in the 1800s because they were worried that technology would destroy civilization. The ITIF is worried that anti-tech sentiment is on the rise again.

“Fostering an environment in which innovation can thrive means first and foremost actively rejecting the increasingly vocal chorus of ‘neo-Ludditism’ that pervades Western societies today,” ITIF says. “Indeed, if we want a society in which innovation thrives, replacing neo-Ludditism with an attitude of risk taking and faith in the future needs to be at the top of the agenda.”

When you’re done with that, you can go here to cast your vote (before Feb. 5) for the dumbest person, organization, or idea of 2014. Here’s the list for your quick perusal, with helpful links for more info:

1. The National Rifle Association Opposes Smart Guns: The tech industry says RFID chips fingerprint identification could prevent the wrong people from using guns. The NRA says this is a government conspiracy to violate your gun and privacy rights.

3. Arizona, Michigan, New Jersey, and Texas Take Action to Prevent Tesla From Opening Stores to Sell Cars Directly to Consumers: Tesla wants to sell its cars when it wants, how it wants. Some states want to protect the dealerships that sell most other cars.

4. The French Government Stops Amazon From Providing Free Shipping on Books: France banned free shipping and the 5 percent discount from Amazon on books. Amazon pretty much sidestepped the ban.

6. Free Press Lobbies for Rules to Stop Innovation in Broadband Networks: This is a little vague since the Free Press campaigns for things like Net Neutrality and support for municipal broadband. But let’s assume the tech industry thinks they’re all bad for the future.

7. New York State Cracks Down on Airbnb and its Hosts: New York says Airbnb is giving rise to illegal rentals. Airbnb says NY is standing in the way of freedom and the rights of property owners.

8. Virginia and Nevada Take On Ride Sharing: Uber and Lyft have regulators in those states taking steps to protect the taxi industry. And from the perspective of the tech industry, the future has no greater enemy than cabs.

9. The Media and Pundits Claiming That “Robots” Are Killing Jobs: The dreaded media are up to their old tricks, stirring up fears that robots are killing the economy. Nonsense, says the tech industry.

10. The Electronic Frontier Foundation’s Opposition to Health IT: This is also broad, but in general, EFF has been raising red flags about the need for greater privacy rules around digital health information. Tech says it needs to be able to share and digitize more information to bring greater efficiency to health IT.