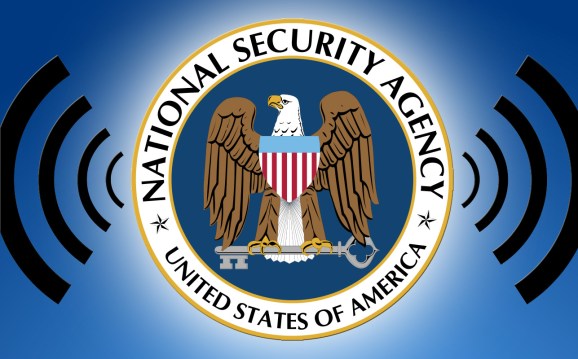 Since Edward Snowden revealed the many ways that the National Security Agency is collecting massive amounts of data on unsuspecting American citizens, some organizations have been diligently at work trying to regain personal privacy for the masses.

To that end, the Electronic Freedom Foundation just issued an outline for how it plans to take down the National Security Agency over the next several years and get people to take measures to protect their digital content.

The EFF said the NSA relies on assistance from technology and telecommunication companies or poorly secured products in order to get access to user information.

To combat the NSA’s data collection practices, the EFF advocated tech companies at the very least put in stronger barriers to NSA snooping, calling out the nine companies that were reported to have been complicit in the NSA PRISM program: Microsoft, Yahoo, Google, Facebook, PalTalk, AOL, Skype, YouTube, and Apple.

“We’re focused on transparency — uncovering everything we can about the degree to which big tech companies are actively helping the government — and public pressure. That means highlighting ways that companies are fighting surveillance and calling out companies that fail to stand up for user privacy,” the EFF said.

Though the organization acknowledged the steps some companies have already taken, like the formation of Reform Government Surveillance, the EFF said it expects more. The organization said it will push these companies to protect users and help foster better legislation around these issues — like it did with the Reset the Net campaign.

Some of the work around privacy is in the hands of consumers and tech users. To help people take control of their data and privacy, the EFF will continue to teach people about encryption and the ways it can be implemented through Surveillance Self Defense. This website is already available in English, Arabic, and Spanish, and the EFF plans to translate it into more languages going forward.

As a part of its education program, EFF also will continue to connect people to certain encryption tools, such as private messaging. To that effect, the foundation is planning on expanding its Secure Messaging Scorecard, which rates apps that promise to secure your communications like Secret, Wickr, and Snapchat. A more robust version of the scorecard will dig into usability within a variety of security scenarios.

The EFF is an international organization, though it’s based in the U.S. In the years ahead, the organization hopes to develop more partnerships around the world to spread the word about digital surveillance. It’s particularly focused on connecting with countries that share collected data with the U.S.

Among the EFF’s many legal pursuits, this will be a focal point of the campaign to end the NSA’s data collection practices. In June, Congress will have to vote on whether to renew part of the Patriot Act that greatly expands the government’s surveillance powers, known as section 214. Throughout the first half of 2015, the EFF will push the government to put down the renewal.

If Congress does not renew section 214, some of the legislation that protects these sorts of surveillance efforts will begin to crumble. The EFF is known for launching lawsuits, like its case against the NSA for its dragnet spying policies on behalf of domestic AT&T customers, so it’s not impossible it could get the renewal shut down.

However, attempts to curb government surveillance efforts have largely been unsuccessful.

The USA Freedom Act, for example, which is supposed to rein in government surveillance tactics, has been floundering in Congress since 2013 despite being a bipartisan effort. And last week, President Obama quietly surrendered his own plan to take data collection and storage of phone records out of the hands of the NSA and into that of a third party.

Plus, the EFF has more to contend with than just section 214 of the Patriot Act. There are other sections of the Patriot Act that the EFF would like to address, as well as components of the Foreign Intelligence Surveillance Act and Executive Order 12333, the primary conduit for NSA surveillance authority.

Safe to say, the EFF has a long and troubled road ahead to take down the NSA — and possibly an unfruitful one.