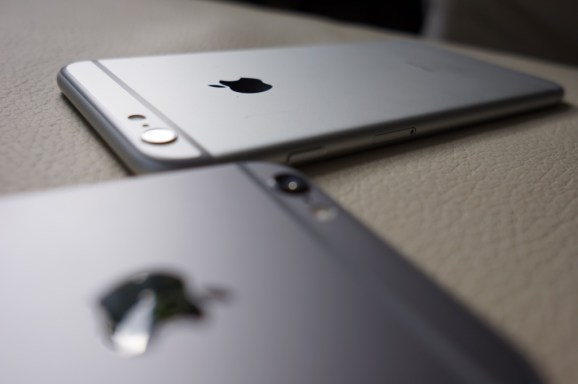 Apple's iPhone 6 and 6 Plus camera lenses

The iPhone continues to carry Apple.

As part of the company’s latest quarterly earnings announcement, Apple revealed today that it sold 74.5 million iPhones and 21.4 million iPads during its fiscal first quarter of 2015.

In a single quarter, iPhone sales managed to not only break the 60 million mark for the first time but the 70 million mark as well (a number seen only by the likes of Samsung, which overtook Apple worldwide in Q3 2011). iPad sales, meanwhile, continued their slow decline, and at least right now it doesn’t look like they will climb back above the peak set last year.

More specifically, Apple managed to outperform both the institutional and the independent consensus when it comes to its hottest gadget, but only the institutional one for its tablets. The company’s iPhone business is naturally much more important than its iPad one, so this is still good news for Cupertino overall, and explains why the company’s stock is up about 5 percent in after-hours trading.

These results also give further credence to solid sales of the new iPhone 6 and iPhone 6 Plus. “We’d like to thank our customers for an incredible quarter, which saw demand for Apple products soar to an all-time high,” Apple chief executive Tim Cook said in a statement.

Helping the iPhone was undoubtedly Apple’s moves in China — a report earlier today estimated it shipped more smartphones than any other company in the country last quarter. Furthermore, last week a study found iPhones accounted for half of all new U.S. smartphone activations in the same quarter.

As for the iPad, rumor has it the company will launch a new 12.9-inch form factor early this year. It may even come with a stylus. That may not be enough to help tablet sales, though; iPad numbers have now declined for the past four consecutive quarters.

Apple, however, continues to sell more iPhones than last year without ever skipping a beat. This is impressive, especially given the increased competition from the likes of Google, Samsung, Microsoft, Xiaomi, LG, and the growing number of smartphone makers.