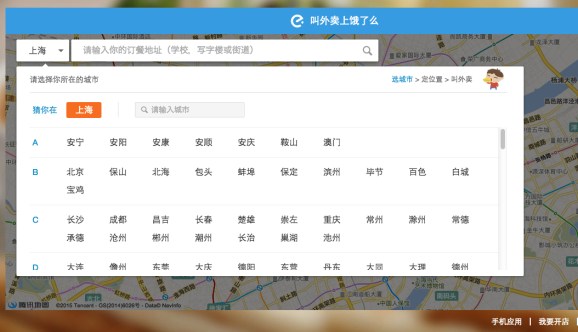 Ele.me, the online food delivery service expanding rapidly across China, said today it has raised $350 million from a group of Chinese and U.S. investors.

The companies involved in the round include CITIC Private Equity, Tencent, JD.com, and Sequoia Capital, according to Reuters.

The company, whose name means “Hungry Now?”, told Reuters it would remain independent. The company’s growth is being driven by the growing use of mobile devices across China for e-commerce that connects online and offline service. That, in turn, is attracting the attention of such local heavyweights like Tencent and JD.com.

The company did not disclose its valuation.