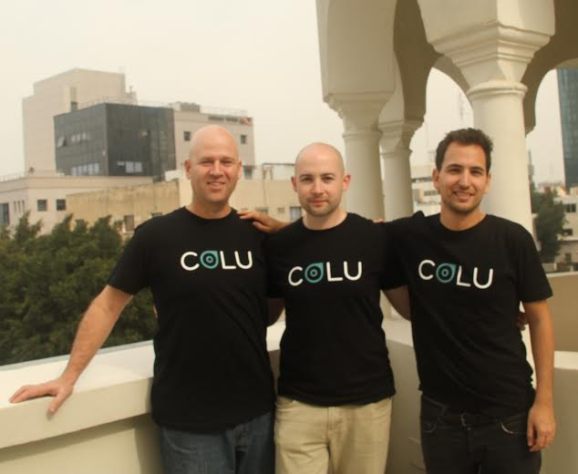 Colu is an Israel-based startup aimed at digitizing the ownership of all your things through the blockchain — the public feed of Bitcoin transactions — and it’s announcing $2.5 million in new funding today.

The service provides an easy way to use the blockchain technology, originally meant for Bitcoin transactions, for anything, from cars, to art, to concert tickets.

Think of it like your car’s pink slip, in electronic form.

Imagine you’ve bought tickets for a concert. Instead of receiving a printable or physical ticket, you’d get a string of random numbers — an encrypted token — that verifies you purchased these tickets, and lives on the blockchain. You’ll also get a set of private keys so you and only you can access the ticket. Colu will turn this token into a QR code you scan on your phone to get into the concert. Since it’s digital, you can also transfer it to someone else.

The grand vision for Colu — what’s being called Bitcoin 2.0 — is that there will be a variety of integrated services and applications that will let people buy and store goods on the blockchain.

The founders of Colu originally started ColoredCoins.org, an open source standard for creating digital assets on the Bitcoin blockchain. Colu is an extension of that idea. It’s both an API for developers and an application for consumers wanting to access ColoredCoins on an existing Bitcoin framework. It allows you to buy something online and then validate your purchase on the blockchain.

“When you buy the art piece, you will know for sure this art is yours. There will be a certificate with a token that sits on the blockchain,” says founder Amos Meiri. In the case of artwork, a digital certificate could authenticate your ownership and be a lot more enduring than a sheet of paper.

Colu, though an app, is not a wallet. You have to store the token somewhere, either on your computer, phone, or on an external hard drive. In addition to the API and the consumer app, Meiri says that later this year he plans on launching a marketplace where people will be able to buy and trade goods and services using blockchain technology.

Many Bitcoin inspired entrepreneurs are looking for ways to expand the Bitcoin technology to enable a broader spectrum of transactions rather than using Bitcoin as a currency. Ripple, Ethereum, and Bitshares are just a few startups that leverage the blockchain to enable decentralized applications. When I say “decentralized” I mean applications that do away with the middle man, allowing people and businesses to transact directly with one another on an open digital platform free of extraneous fees.

Think of these applications as the next wave of Bitcoin. They’re open and experimental and an arena ripe for investment — at least according Union Square Venture’s principal Fred Wilson. In a recent interview with CoinDesk he said that applications built on the blockchain show huge promise for growth.

But a main hindrance to cultivating these decentralized applications is that most people still don’t really know what Bitcoin is and even if they do, they definitely don’t know what the blockchain is. How can you attract people to use a network they don’t know exists? Even Wilson acknowledges the road blocks here.

“It is still very early days for all those projects,” said Wilson. “We’ll see whether users value the types of things that can be built on top of the blockchain.”

Aleph Capital, Spark Capital, BoxGroup, and Bitcoin Opportunity Fund participated in the round.