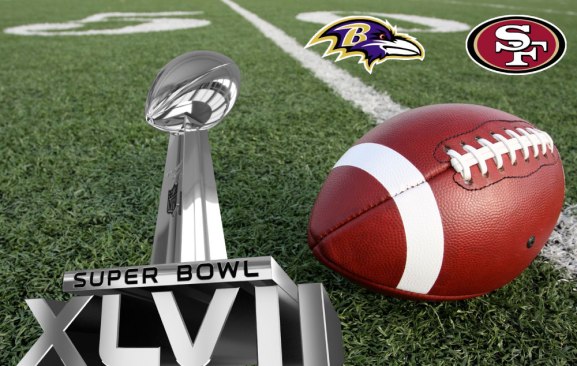 The next great agent of change in television advertising is programmatic.

Whether it’s advertising or it’s football, being progressive is urgent. Those who refuse to change with the game are doomed for failure. San Francisco 49ers’ Hall of Fame wide receiver and Super Bowl winner Jerry Rice once said, “Today, I will do what others won’t, so tomorrow I can accomplish what others can’t.”

From athletes on the front of Wheaties boxes and corporate logos overtaking soccer jerseys to multimillion dollar endorsement deals, advertising and sports have a long-standing tradition of partnerships.

The pinnacle of this duality is the Super Bowl, America’s most watched television event. As is the case in both the world of sports and advertising, technology is a major catalyst of change. The Big Game hasn’t been any different. In just the last years, the advent of social media and the rise of “second screens” as well as high-definition televisions has brought forth a new viewing experience.

TV’s next great trailblazer will be programmatic advertising.

Imagine a game-changing event happens during the Super Bowl and you have the perfect brand or creative to leverage the opportunity. A star player suffers a game-ending injury and you have your insurance ad ready to roll. Or what if Oreo had the opportunity to buy a spot for its famous “you can still dunk in the dark” tweet that was shared during Super Bowl XLVII when a power outage delayed the game?

These would all be possibilities if the Super Bowl’s inventory were bought and sold programmatically. It’s real-time marketing meets real-time bidding. The possibilities could be endless. Suddenly, the commercials become as unpredictable and compelling as the game played on the field. As the gods of the gridiron battle it out between the hashmarks, marketing executives will battle it out in boardrooms, creating another scene fit for reality TV. This would be a welcomed reprieve from the now-predictable lineup of commercials — even supposedly better ads made just for the big game.

The sports world is already making the programmatic shift. The self-proclaimed “worldwide leader” ESPN has begun auctioning off TV ad sales for its popular sports news show, SportsCenter. While it is only an initial step, it’s a big one when comes to uniting sports, programmatic and TV.

But what is the possibility this comes to fruition?

Betting on a programmatic Super Bowl is the football equivalent of tossing up a Hail Mary. First and foremost, there’s too much guaranteed money to be made by networks to gamble on. For this year’s Super Bowl, a 30-second spot costs $4.5 million, and 95 percent of the inventory was sold with still a month remaining before the game.

The likes of ESPN are experimenting with programmatic, and this will grow methodically. We can look to the online world as a means of reference. Expect programmatic TV to start out slow, with low-value ad space being sold at a very cheap rate, just as it was online.

Sales of premium inventory such as the Super Bowl will only be reached via private deals, even when programmatic TV reaches its maturity. Again, we can allude to the online space where top ad space – such as homepage takeovers of top publications – isn’t sold in the open exchange.

Along with the business aspect, the creative aspect should also be considered. Shooting and editing a TV commercial is a lot more time intensive and costly than producing a standard display ad. And for events such as the Super Bowl, advertisers typically create ads specifically tailored for the big event.

It’d be a big gamble to produce an ad targeted at the theme and audience of the Super Bowl and then have to bid on (and potentially lose) a space afterwards. This simply wouldn’t be a feasible strategy for advertisers to take on. At the very least, this would deter advertisers from being creative, as a more conservative, general approach would have to be taken.

Even now, the idea of real-time marketing doesn’t come without apprehension.

“The Oreo tweet was a great idea for a marketing execution, but it doesn’t mean it’s a great idea for a continuing strategy — often marketers mistake seizing a moment in one instance and take that as how to execute in further events, but you can’t plan and manufacture that kind of serendipity,” says Matt Britton, CEO of agency MRY.