Is there room in the market for another work collaboration platform?

Vancouver-based WitKit thinks so, and today it’s releasing a public beta of its collaboration product of the same name.

The big differentiator for WitKit, according to CEO and cofounder Sean Merat, is that “your data is unbreachable.”

“We’ve brought end-to-end security to the full suite” via the platform’s proprietary WitCrypt, he told us.

Huddle, Podio, Slack, and other collaboration platforms also offer encryption, Merat said, but only in segments of their platforms.

“By having this [end-to-end encryption], users can create one network,” he said, providing solid security even in communications with external vendors or collaborators. Encryption and decryption are only conducted on local user devices, not on centralized servers. Data sent to WitKit’s servers is fully encrypted, decryptable only with the user’s passphrase.

If the company were to go out of business, Merat said, users would have the capability to decrypt all of their data with their passphrase, on their machines.

When on-screen communications are encrypted, they show the kind of black bars familiar to fans of redacted national security documents. 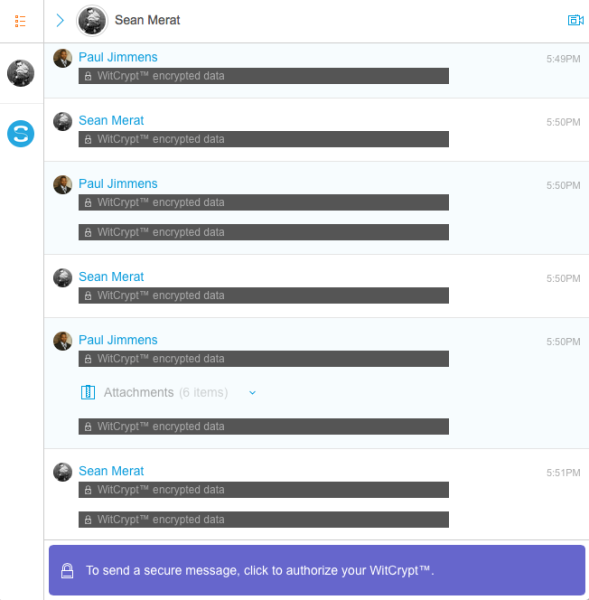 Encryption is one-way, so data stored on Google Drive or Dropbox — with which WitKit is integrated — is encrypted when it is moved into the platform.

After three years in development, the platform offers the capabilities one expects for collaboration. There are customizable workspaces that can be set up for any project or task — here called Kits — as well as private and group messaging, task management, calendaring, posting, video conferencing, an API for third party applications, and similar functions. 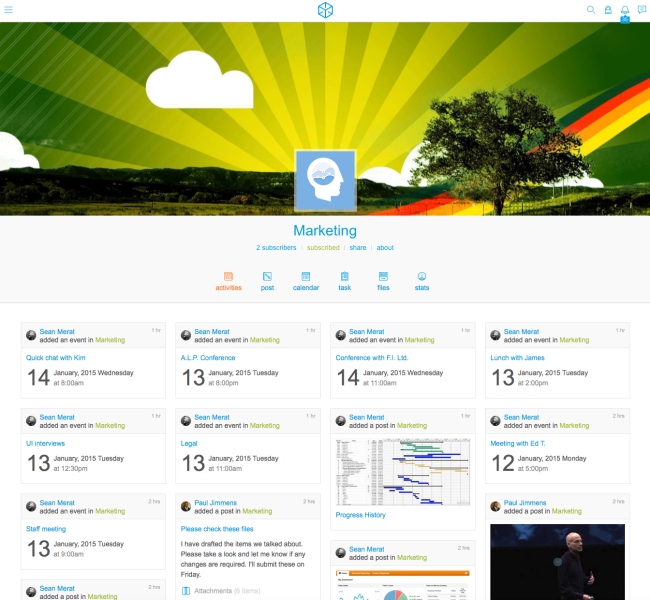 Above: An Activities screen in WitKit

The company, which has received $5 million in funding, said the current level of functionality will always remain free.

“In the future,” Merat said, “we’ll charge for additional functionality,” although he said those functions are still being determined. As are such details as additional storage. Each user gets a whopping 50GB chunk of storage for free. But, while Merat said additional storage was available under some terms, he didn’t yet know what those would be.

“We’re still working out the logistics,” he said.

At the moment, “no one’s come close” to that limit among the current 4,000 or so users, representing around 400 companies worldwide that are using the platform, he said.