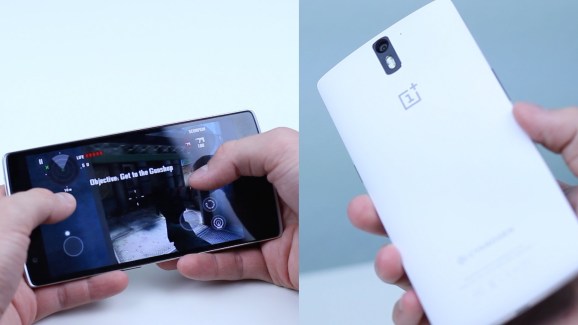 Your phones are getting bigger, and so is the amount of time you play games on them.

The average time spent playing mobile games in 2014 increased by 57 percent compared to 2012, according to a report from industry intelligence group The NPD Group. The organization’s study reveals that people spent about 3 hours every day playing games on their iPhones, Android, and tablets. In 2012, that was 2 hours, 20 minutes. While phones are a big part of this trend, it’s actually the larger tablets that are leading the increase in game time.

The NPD notes that not only do people spend more time playing games on tablets, but these gamers are also more likely to spend money. That’s a good thing for the industry, and it is a big reason why mobile gaming has grown into a $25 billion market.

“Continued mobile growth will stem from existing customers paying more to play, especially in the free-to-play portion of the market,” NPD industry analyst Liam Callahan said. “A positive sign of consumer behavior trending this way is the fact that more than twice the number of app gamers reported making an in-game purchase than they did when we conducted this study two years ago.”

Now, if you’re wondering what these mobile gamers look like, imagine someone very young. People of all ages are gaming on phones and tablets, but The NPD Group reveals that kids between the age of 2 and 12 spend the most time on mobile devices gaming. This group also plays five different games on average, and they play an average of three premium-priced games as opposed to free-to-play. They are also second only to gamers age 25 to 44 in spending on new games and in-app purchases in the last 30 days … I hope their parents are aware of that.

“There’s no denying the important role kids play in driving revenue,” said Callahan. “But it’s the adult gamers who are spending more than kids and teens. This group also tends to be the decision-makers for their young children’s gaming experiences, making them a prime target for developers and marketers alike.”

Finally, NPD’s mobile report claims that people who play on smart devices also enjoy games on console or PC. Only 20 percent are “mobile-only” gamers, but phones and tablets dominates in terms of time spent playing no matter how many devices people own. That doesn’t mean playtime on mobile is coming at the expense of console and PC. NPD says that gamers are playing for just as long on those platforms as they were a year ago, which means that total game time is likely eating into other media, like television.