The spam situation in 2014 was much the same as it has been for many years now: Useless emails are still abundant, annoying, and wasteful. There was one change that happened in the last quarter, however: China eclipsed the U.S. as the biggest source of spam.

Various countries have been crowned the biggest culprits before, including Brazil, Canada, China, South Korea, and India, but the U.S. dominated the majority of last year. For the first three quarters, it was number one. In the fourth quarter, you had a one in six chance of getting a junk email relayed from a computer in China.

The latest data comes from security firm Sophos, which releases a ‘Dirty Dozen’ spam report every quarter. Here is the one for 2014: 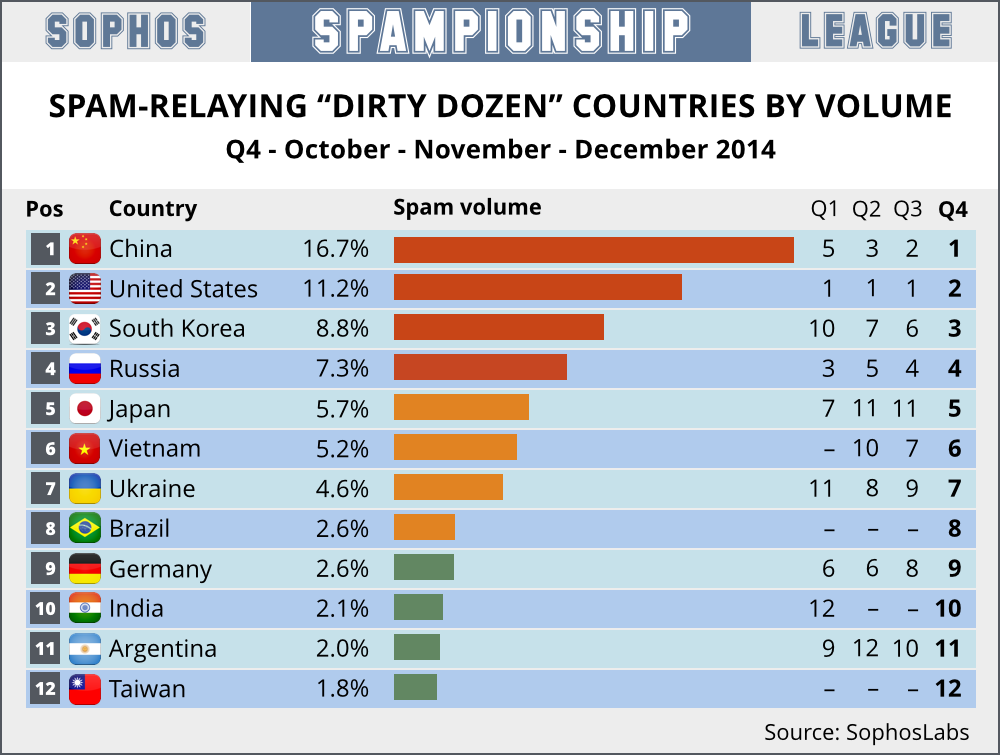 It seems China’s Great Firewall isn’t very good at blocking unsolicited and unwanted email, or traffic from botnets that commandeer spam-sending computers. Of course, this list is a bit biased: Countries with fast Internet connections and/or large populations often end up near the top while the reverse is true for countries with slow Internet connections and/or smaller populations.

As such, it’s worth looking at the per capita list as well: 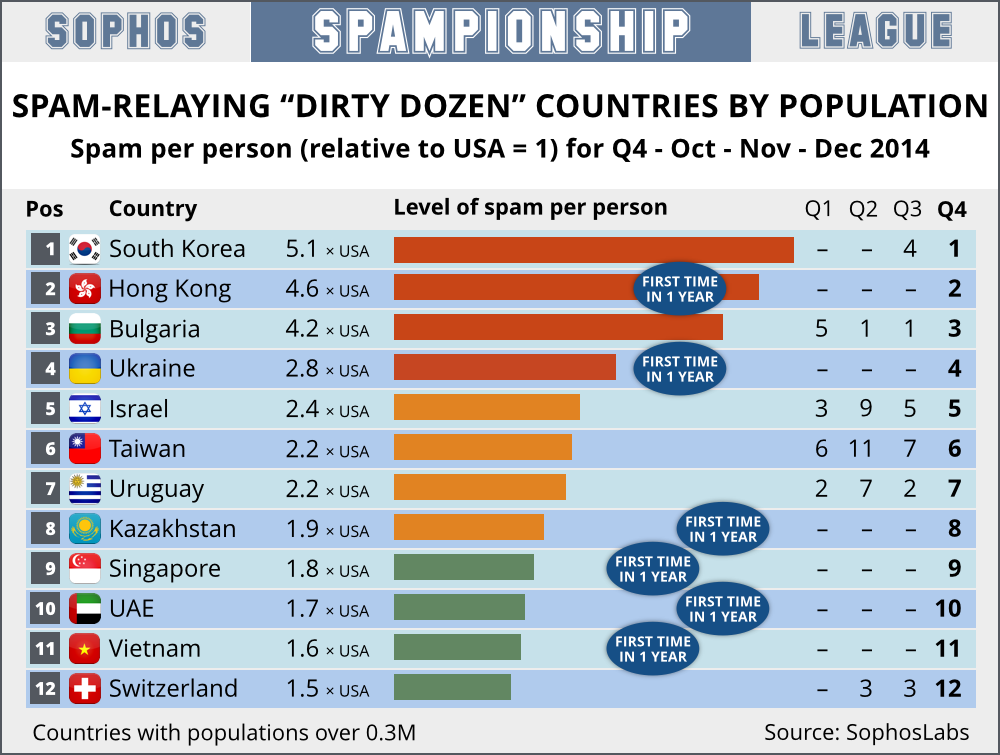 Sophos got these results by dividing each country’s spam total by its population, then again dividing every country’s spam-per-person value by the figure for the U.S. This means the average computer in South Korea was 5.1 times more likely to send spam than if it were in the U.S.

Six countries are new this quarter on the per-person chart: Hong Kong, Ukraine, Kazakhstan, Singapore, the United Arab Emirates, and Vietnam. As the company notes, this data comes with an important point:

Users who don’t remove malware from their computer are simply adding to the problem. It’s 2015, and we still don’t seem to be any closer to cutting down spam levels.