Facebook wants to be part of everyone’s life, and its expansion around the world is impressive by any measure. But its revenue growth is strongest in the United States and Canada.

This afternoon, Facebook announced its earnings for the fourth quarter of 2014. For this period, the company reported revenue of $3.85 billion, up 48.9 percent from $2.58 billion in revenue a year earlier.

The company also broke down its revenues by geographic region. In the U.S. and Canada, it reported sales of $1.86 billion. In Europe the number was $1.03 billion, Asia-Pacific saw $564 million, and the rest of the globe accounted for $403 million. 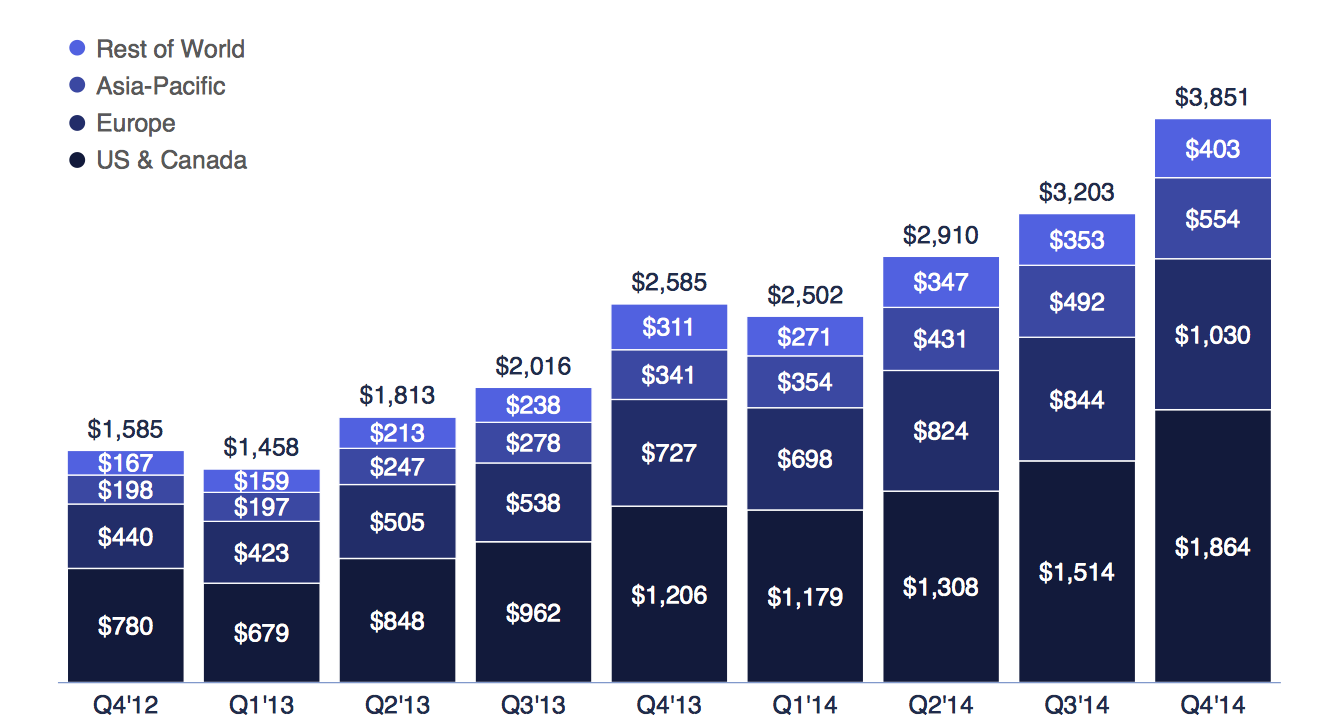 Interestingly, the percentage of revenue in the U.S. and Canada grew fastest during the fourth quarter. Last year, the two North American countries accounted for $1.2 billion of Facebook’s $2.58 billion in total revenue, or 46.65 percent. For the fourth quarter of 2014, that number was 48.4 percent.

This suggests that even as the company expands around the world, it is still counting on Americans and Canadians as its most valuable users. However, Facebook chief operating officer Sheryl Sandberg said during the company’s Q4 earnings call that exchange rates are also likely a factor.