Disclosure: The International Mobile Gaming Awards paid my way to Marseille, France, to judge its show, but out coverage remains objective.

The mobile gaming hit Badland is coming on eight platforms in a new “game of the year edition” for consoles and PC.

The Helsinki, Finland-based indie game development studio Frogmind Games announced that the award-winning platform game has a rerelease this spring with new high-definition visuals and a control scheme that fits the new platforms. Badland: Game of the Year Edition is for PlayStation 4, Xbox One, Nintendo Wii U, PlayStation 3, PlayStation Vita, and Steam for Windows, Mac, and Linux.

Fans will likely go bananas over the announcement, since Apple named Badland as its 2013 iPad Game of the Year. The wider distribution of a game that has been downloaded more than 20 million times ensures a new life for Badland and even more revenue for developer Frogmind. 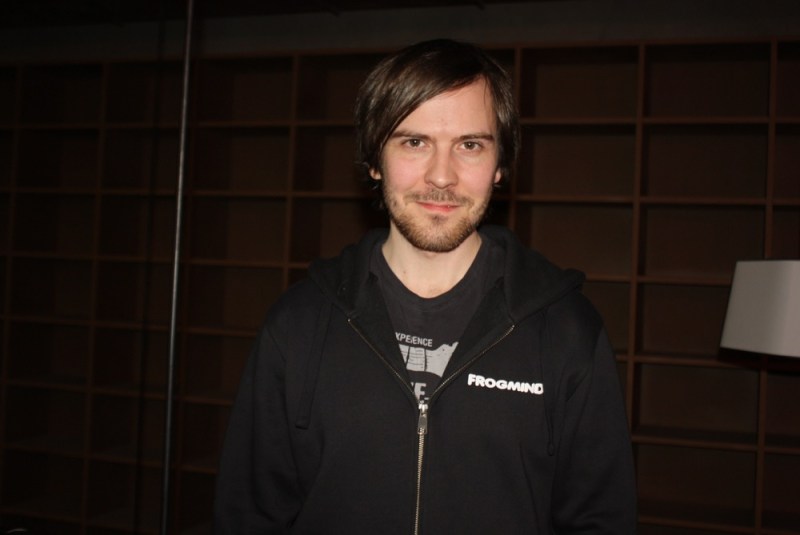 “It’s not just a one-touch character anymore,” said Badland co-creator Johannes Vuorinen in an interview with GamesBeat. “You have more control, and because of that, we had to change every level of the game. We designed Badland as a console-quality game for mobile. We came from a console background. So now it really looks good on a big TV now, and it runs on the consoles.”

I interviewed Vuorinen in Marseille, France, where we were judges for the International Mobile Gaming Awards. Frogmind won the IMGA Grand Prix top prize last year.

Badland was the creation of just two developers, Vuorinen and Juhana Myllys. It’s a side-scrolling action-adventure game where you play a little black, sponge-like creature. You move through a mysterious forest where something has gone wrong. As the cute character, you bounce around and solve physics-based puzzles. And you try to unravel a mystery.

The original game has beautiful hand-painted art and moody music. Now it has been remastered with the help of Blitworks (which brought Fez, Spelunky, and Bastion to secondary platforms) and Frozenbyte, the studio behind Trine (a series known for its gorgeous visuals). The new game has over 15 hours and 100 levels of single-player story content and 100 co-op and 27 multiplayer death match stages in an up-to-four-person local multiplayer mode. 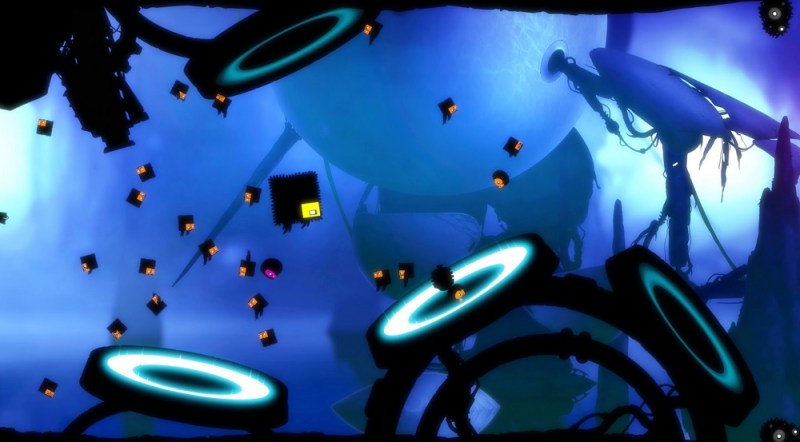 Above: Badland is about solve physics-based puzzles

Now the team has 13 people and it is hard at work on two other games, Vuorinen said. The only major platform that the new Badland will not appear on is the Xbox 360, mainly because it isn’t easy to do self-publishing on that system, Vuorinen said.

Vuorinen said that he still likes working in small teams, but he won’t say exactly what the new games are yet.

“Badland was made with two guys, and our new games will be small teams too,” Vuorinen said. “We are fully focused on the Badland brand. We want to leverage it.”

The original mobile game has been a huge hit around the world. It was released in 2013 on iOS as a tablet game, and has now been published on BlackBerry 10, Android, and Windows Phone 8.

So far, it hasn’t been published in China, as it requires a larger download than is customary for Chinese mobile games.

“We’re going to have a really huge update coming,” Vuorinen said. “But I’m not talking about that yet.”