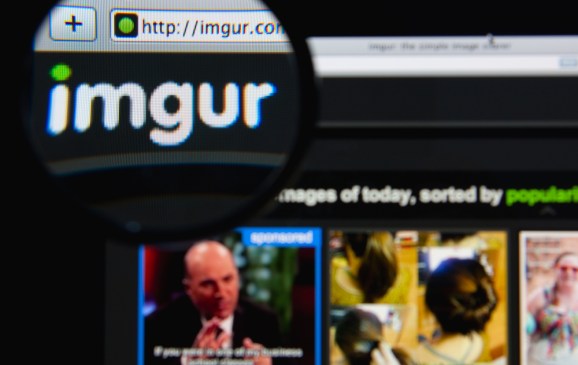 Image-hosting platform Imgur is introducing a new tool today, one that makes it easier to create animated GIFs from almost any online video.

Founded in 2009, Imgur has amassed a solid fanbase over the past six years, now claiming 130 million unique visitors each month and 1.5 million images uploaded each day. It’s more than a simple photo-sharing platform though, as the community discusses, curates, votes, and comments the content into a sort of real-time stream of image-based stories.

Last April, the company raised $40 million in its first ever round of funding, money that is being used to refocus the company and build it into a business that leans on native advertising, and literates with new tools … such as a delightful new GIF generator.

This move isn’t entirely surprising, given that founder and CEO Alan Schaaf told us last year that they were “developing an [animated] GIF generator tool, but I don’t really want to give anything away.”

Today, all is revealed.

With the aptly titled “Video to GIF” generator, Imgur is capitalizing on the seemingly never-ending parade of cute looping-videos that permeate the social sphere. Thanks, Vine.

Back in October, Imgur introduced a new GIFV format that automatically converts uploaded animated GIFs into smaller files while maintaining a high degree of quality — and they also play nicely for those wishing to share to Twitter and Facebook. With its latest tool, however, you can now extract an animated GIF from 500 online video sites, including Vimeo, YouTube, and Vine, simply by pasting in the URL and choosing your clip. 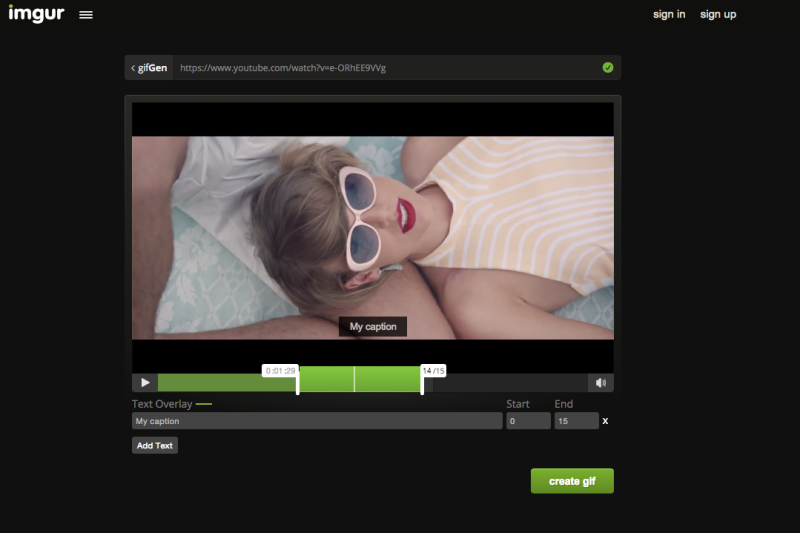 While the Internet has no shortage of GIF-creating tools that work much in the same way as Video to Gif, Imgur’s goal is to make the process not only easier, but improve the quality too, thanks to its own GIFV format.

“We looked at GIF creation tools across the web and found them hard to use and slow, with low quality results,” explains Sam Gerstenzang, the director of product of Imgur. “With ‘Video to Gif’, we’re enabling a whole new generation of creators with a tool that’s simple enough for novices but robust enough for editors, too.”

Creating an animated GIF really is a piece of cake with Imgur’s new tool, and we were impressed with the end-result — the quality is fantastic. You’re also able to add captions to your clips for added zing (see below), while no registration is required to use Video to Gif. 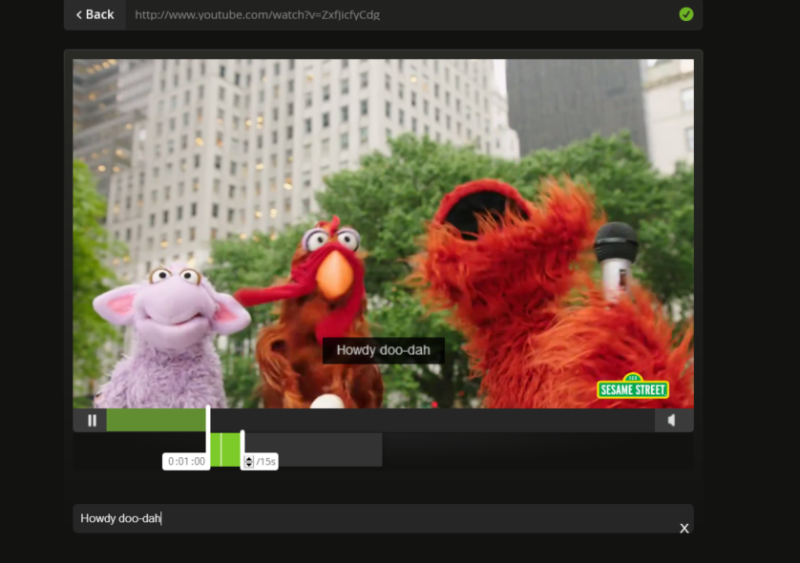